What are Natural Polymers?

A polymer is basically synthesized by joining small molecules or substances into a single giant molecule by a chemical process. The small molecules which are used in synthesizing a polymer are called monomers. Natural polymers are those substances which are obtained naturally. These polymers are formed either by the process of addition polymerization or condensation polymerization. 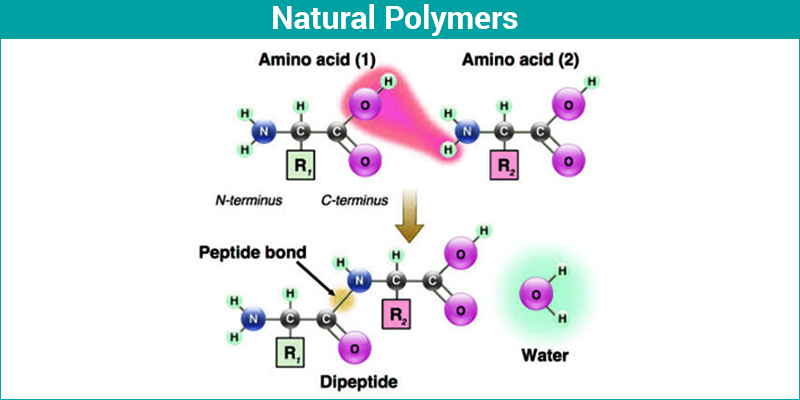 Some natural polymers also include DNA and RNA, these polymers are very much important in all the life processes of all living organisms. This messenger RNA is the one that makes possible peptides, proteins, and enzymes in a living body. Enzymes inside the living organisms help the reactions to happen and the peptides make up the structural components of hair, skin, and also the horns of a rhino. The other natural polymers are polysaccharides or called sugar polymers and polypeptides such as keratin, silk, and the hair. Natural rubber is also a natural polymer which is made of hydrogen and carbon.

There are many examples of natural polymers which occur in nature. A brief description of some of them is listed below-

A protein is usually a naturally occurring type of polyamide. This polymer consists of an amide group present in the backbone chain of the human body.