Aluminium is a soft, silvery-white, corrosion-resistant metal. It is the most abundant metal in the earth’s crust as it makes up 8% of the crust and it is the third most abundant element after oxygen and silicon. Bauxite ore (Al2O3.xH2O) is the major source of aluminium till date which is a mixture of hydrated aluminium oxide.

Aluminium can also be recovered from cryolite (Na3AlF6) and alunite. It is also found in gemstones such as garnet, topaz and chrysoberyl. The chemical symbol of this metal is Al. In the boron group with symbol Al, aluminium is a chemical element and is the most commonly used non-ferrous metal.

Aluminium is a highly reactive metal, belonging to the IIIA group of the periodic table. In nature, aluminium is found in the form of its oxide in its ores. The important ores of aluminium are

Aluminium is mostly extracted from its bauxite ore.

The ore is mechanically crushed and pulverized.

The bauxite ore contains ferric oxide and silica as impurities. Gravity separation removes silica from crushed ore and magnetic separation separates ferric oxide impurities from the ore. The ore is then concentrated by a chemical process.

Pure aluminium is a silver-white metal with many desirable features. It’s light, non-toxic, non-magnetic, and non-sparking. It’s a bit ornamental. It’s created, machined, and cast readily. Pure aluminium is soft and lacks strength, but it has very helpful characteristics for alloys with tiny quantities of copper, magnesium, silicon, manganese and other components.

Here aluminium is treated with concentrated sodium hydroxide solution to form soluble sodium aluminate which can be filtered off. The filtrate is heated with water to get aluminium hydroxide which on strong heating gives alumina.

The Hall-Heroult process is widely used in the extraction of aluminium. In Hall-Heroults process, pure Al2O3 is mixed with CaF2 or Na3AlF6. This results in lowering the melting point of the mixture and increases its ability to conduct electricity.  A steel vessel with a lining of carbon and graphite rods is used.

The carbon lining acts as a cathode and graphite act as an anode. When electricity is passed through the electrolytic cell which consists of carbon electrodes oxygen is formed at the anode. This oxygen formed reacts with the carbon of the anode to form carbon monoxide and carbon dioxide. In this method of production of aluminium, for every 1 kg of Al produced, approximately 0.5 Kg of carbon anode is burnt.

The overall reaction is:

The electrolytic reactions are:

During the process of electrolysis,

In the electrochemical sequence i.e., reactivity series, aluminium is very reactive to be removed from its ore by carbon reduction. The required temperatures are too high to be economical.

The list of uses of aluminium is given below. 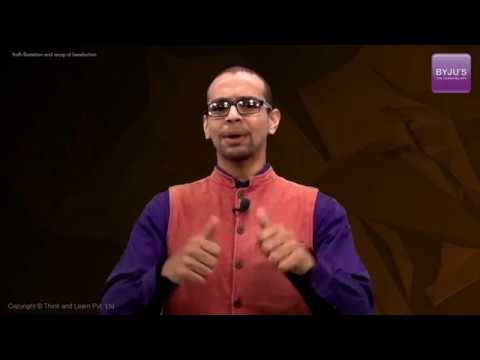 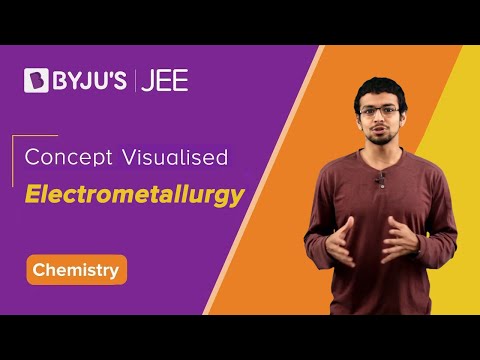 How is Aluminium extracted from its ore?

Bauxite is an important ore of aluminium. Bauxite is crushed, leached and then subjected to electrolysis to get aluminium.

Why is Aluminium extracted from alumina?

Aluminium is more reactive than carbon and has more affinity towards oxygen. So aluminium can not be reduced by using carbon. Electrolysis is the best method for extraction.

What are the properties of Aluminium?

Pure aluminium has high electrical conductivity and is flexible, ductile, corrosion-resistant. Aluminium is being used in an ever-increasing number of applications by using various combinations of its advantageous properties such as strength, lightness, corrosion resistance, recyclability, and formability.

What are the types of Aluminium?

There are two main classifications, casting alloys and wrought alloys, both further subdivided into the heat-treatable and non-heat-treatable categories. Approximately 85% of aluminium is used for wrought items, such as rolled metal, foils and extrusions.

Why is Aluminium ore purified?

Ore is a chemical substance in which metal is in the combined form along with gangue. Bauxite is an ore of aluminium which is hydrated aluminium oxide along with impurities. To get pure aluminium from aluminium ore, the purification process is done.

Can Aluminium be extracted by smelting?

Smelting is a process by which metal is obtained from its ore by using heat and a reducing agent. Being electropositive, aluminium has a high affinity for oxygen and can not be extracted through smelting.

For detailed information on the Extraction of Aluminium: Ores and Minerals, download BYJU’S – The Learning App.

Take up a quiz on Extraction of Aluminium
Q5