To prepare p-Nitroacetanilide from acetanilide and acetic acid in the presence of nitrating mixture.

The chemical reactions involved in this process is given below.

It is an electrophilic substitution reaction. The electrophile -NO2 will attach the para position because the -NHCOCH3 is an electron releasing group. Nitro anilines can be prepared by this type of reactions because nitration of aniline is not possible, amino group gets oxidized with nitrating mixture. In order to protect the amino group from oxidation acetanilide is first nitrated to give p-nitroacetanilide and then on hydrolysis to give p-nitroaniline which is difficult to obtain by direct nitration. 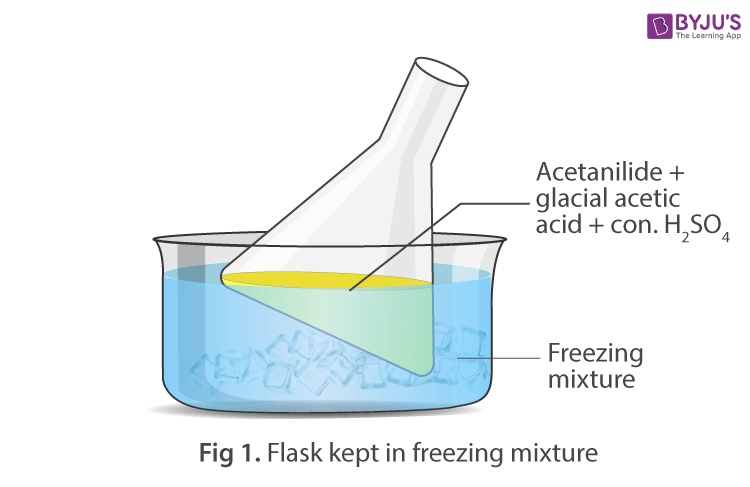 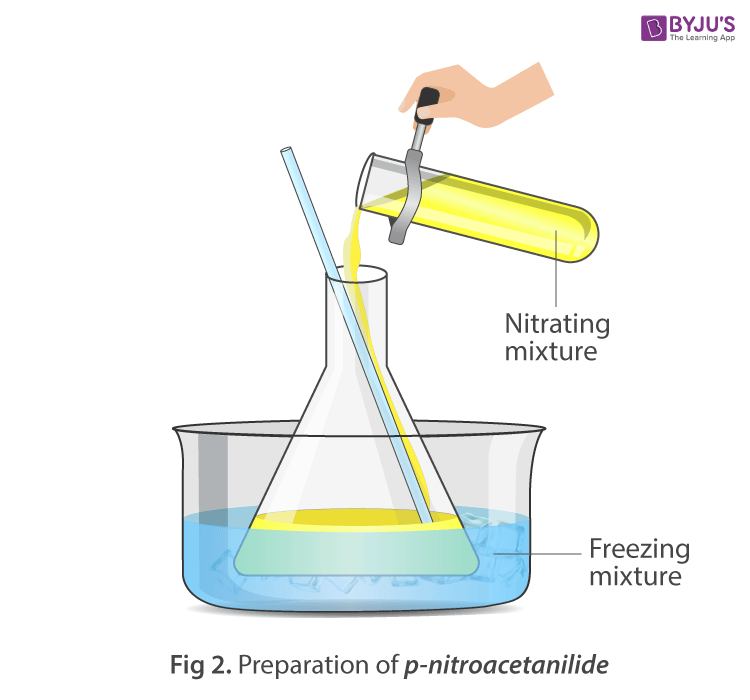 The yield of p-Nitroacetanilide is _____gm.

What is called nitrating mixture?

What is the formula for p-nitroacetanilide? Give its IUPAC name.

Why is the ortho derivative minor and para product is major? Give reason.

Mention the uses of p-nitroacetanilide.

It is used in pharmaceuticals in preparation of paracetamol and phenacetin. Used in pesticides and rubber chemicals also used as an intermediate for dyes.

Test Your Knowledge On Preparation Of P Nitroacetanilide!
Q5