In chemistry, resonance, also called mesomerism, is a way of describing bonding in certain molecules or polyatomic ions by the combination of several contributing structures into a resonance hybrid in valence bond theory.

What are Resonance Structures?

Resonance structures are sets of Lewis structures that describe the delocalization of electrons in a polyatomic ion or a molecule.

In many cases, a single Lewis structure fails to explain the bonding in a molecule/polyatomic ion due to the presence of partial charges and fractional bonds in it. In such cases, resonance structures are used to describe chemical bonding. 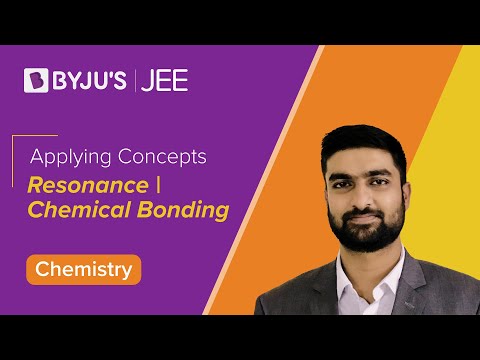 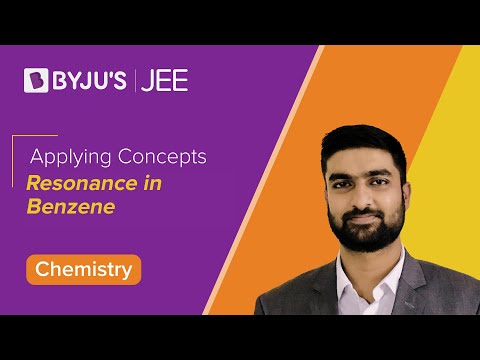 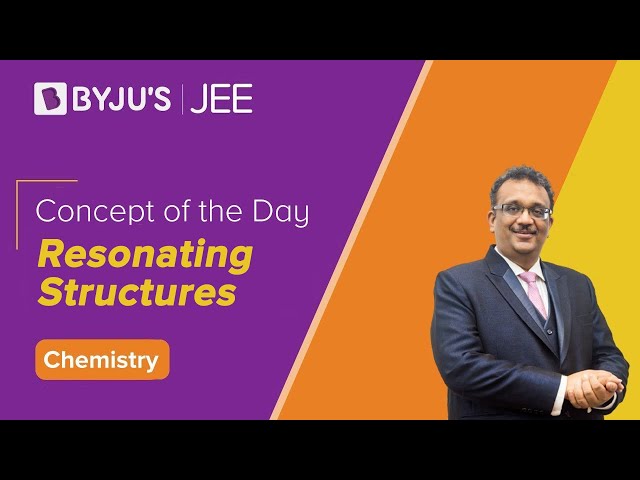 Resonance in chemistry could be a manner of describing the bonding in particular molecules or ions by merging many contributory structures or forms, jointly called canonical structures or resonance structures within the theory of valence bonding into a hybrid resonance (or hybrid structure).

The different resonance structures of the carbonate ion (CO32-) are illustrated above. The delocalization of electrons is described via fractional bonds (which are denoted by dotted lines) and fractional charges in a resonance hybrid.

Resonance Structures of NO2– Ion

In the nitrite ion, the bond lengths of both nitrogen-oxygen bonds are equal. The Lewis dot structures of NO2– highlight a difference in the bond order of the two N-O bonds. The resonance hybrid of this polyatomic ion, obtained from its different resonance structures, can be used to explain the equal bond lengths, as illustrated below.

The resonance hybrid of NO2– suggests that each oxygen atom holds a partial charge of magnitude -½. The bond length of the N-O bonds is found to be 125 pm.

Resonance Structures of NO3– Ion

If a resonance hybrid of this polyatomic ion is drawn from the set of Lewis structures provided above, the partial charge on each oxygen atom will be equal to -(⅔). The net charge on the central atom remains +1. This resonance hybrid is illustrated below.

Carbonate ion is a common polyatomic ion found in limestone, baking powder and baking soda. Addition of acid to the carbonate ion causes the formation of carbonic acid, which decomposes rapidly into water and carbon dioxide. In baking the carbon dioxide that is released causes bread to rise and makes its texture lighter.

Our first attempt at drawing the lewis dot structure of the carbonate ion results in the structure shown below. Carbonate has 24 electrons, 2 of them responsible for the -2 charge, probably electrons from calcium, sodium or whatever salt resulted in a cation that donated electrons to the carbonate anion. The carbon atom in pure structure still needs to share electrons to satisfy the octet rule. Which atom is most likely involved in sharing electrons.

Thus, the phenyl ring of nitrobenzene is less nucleophilic than benzene. From the resonance structures that the ortho and the para positions are positive. Thus, for an electrophilic aromatic substitution reaction, the electrophile will not react at these positions, but instead at the meta position. Thus, it appears that if a double bond is in conjugation with the phenyl ring, the electrophilic aromatic substitution product will be the meta substituted product.

Benzene is a very important aromatic hydrocarbon in organic chemistry. It has the chemical formula C6H6. The molecules of benzene have a cyclic structure consisting of alternating single and double bonds between adjacent carbon atoms. Each carbon atom is also bonded to one hydrogen atom. The two possible resonance structures of benzene are illustrated below.

The benzene molecule is stabilized by resonance, the pi electrons are delocalized around the ring structure. This delocalization causes each carbon-carbon bond to have a bond order of 1.5, implying that they are stronger than regular C-C sigma bonds. In the resonance hybrid of benzene, the delocalization of pi electrons is described with the help of a circle inside the hexagonal ring.

In benzene, Kekule’s first suggested two cyclohexatriene Kekule structures that have been taken together, they constitute the general structure as contributing structures. The hexagon replaces three double bonds in the hybrid structure on the right and represents six electrons in a collection of three molecular orbitals with a nodal plane in the molecule plane.

Thus, the resonance structures of some molecules and polyatomic ions are discussed briefly in this article. Learn more about this concept and other related concepts such as hyperconjugation, resonance effect, and electron dot formula.

What is a resonance structure in chemistry?

Resonance structures are a group of two or more Lewis structures that collectively represent a single polyatomic species ‘ electronic bonding including fractional bonds and fractional charges.

What is the definition of a resonance structure?

Resonance structures are two examples of a molecule in which the chemical interaction is the same, but the electrons are distributed around the structure differently. When electrons may pass through opposing pi structures, resonance occurs.

What is the purpose of resonance structures?

Resonance is a way to describe the combination of several contributing structures (or forms, also known as resonance structures or canonical structures) into a hybrid resonance (or hybrid structure) in valence bond theory in certain molecules or ions.

Is ozone a resonance structure?

Ozone, or O3, has two major structures of resonance that contribute equally to the molecule’s overall hybrid structure. All structures reflect the 18 valence electrons required-6 out of 3 bonds and 12 as lone pairs placed on the oxygen atoms.

What happens during resonance?

If the frequency matches the object’s resonant frequency it reaches, you will get what is called resonance. Resonance happens when the frequency of the oscillations of an object is raised by another object’s corresponding vibrations.

Register with BYJU’S and download the mobile application on your smartphone.