What are Aromatic Hydrocarbons?

Aromatic Hydrocarbons are circularly structured organic compounds that contain sigma bonds along with delocalized pi electrons. They are also referred to as arenes or aryl hydrocarbons.

A few examples of aromatic hydrocarbons are provided below. It can be observed that all these compounds contain a benzene ring.

The aromatic hydrocarbons which do not contain a benzene ring are commonly referred to as heteroarenes. All of these heteroarenes obey Huckel’s rule (total number of pi electrons in a monocyclic ring = 4n + 2 where n is any positive integer or zero).

In these types of compounds, a minimum of one carbon is replaced by either nitrogen, oxygen, or sulphur. Common examples of heteroarenes include furan (contains oxygen) and pyridine (contains nitrogen). 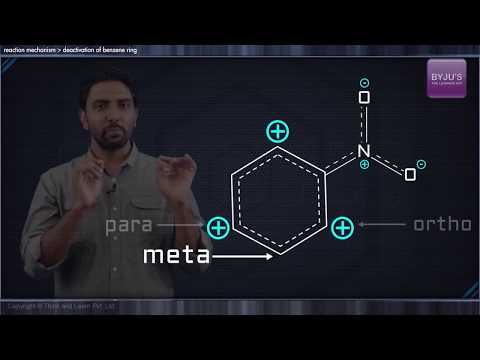 “The first compound that was categorized as an aromatic hydrocarbon was benzene”. It is also the most complex aryl hydrocarbon. Each carbon atom belonging to the benzene ring has two carbon-carbon sigma bonds, one carbon-hydrogen sigma bond, and one double bond with a neighbouring carbon in which the pi electron is delocalized.

This delocalization of pi electrons in the benzene molecule is represented by a circle inside the hexagon. The bond order of all carbon-carbon bonds in this molecule is considered to be 1.5 and this equivalency can be explained with the help of the resonance structures of benzene.

Some general properties of aromatic hydrocarbons have been listed below.

It can be noted that these compounds can be either monocyclic or polycyclic.

Many organic chemical reactions involve the use of aromatic hydrocarbons as the primary reactant. Some such reactions are listed in this subsection along with a brief description of each of these reactions.

These reactions involve the replacement of one substituent on the ring of an aromatic hydrocarbon, commonly a hydrogen atom, by a different substituent group.

The common types of aromatic substitution reactions include:

In these types of reactions, the coupling of two fragments which have a radical nature is achieved with the help of a metal catalyst. When aromatic hydrocarbons undergo coupling reactions, the following type of bonds can be formed.

An example of a coupling reaction involving aromatic hydrocarbons can be observed in the arylation of perfluorobenzenes, as illustrated below.

The catalyst used in this reaction is Palladium(II) acetate. It can also be noted that DMA is the abbreviation of Dimethylacetamide.

The hydrogenation reactions involving arenes generally lead to the formation of saturated rings. An example of such a reaction is the reduction of 1-naphthol into a mixture containing different isomers of decalin-ol.

Another example of such a reaction is the hydrogenation reaction of resorcinol with the help of spongy nickel (also referred to as Raney nickel) and aqueous NaOH. This reaction proceeds via the formation of an enolate, and the successive alkylation of this enolate (with methyl iodide) to yield 2-methyl-1,3-cyclohexanedione.

Which is an aromatic hydrocarbon?

Aromatic hydrocarbons, often known as arenes, are aromatic organic molecules made up entirely of carbon and hydrogen. A “benzene ring,” named after the simple aromatic chemical benzene, or a phenyl group when part of a larger structure, is the configuration of six carbon atoms in aromatic compounds.

What is composed of aromatic hydrocarbons?

What are aromatic substitution reactions?

How do aromatic compounds react?

What is Sandmeyer’s reaction with example?

The Sandmeyer reaction is a chemical reaction that uses copper salts as reagents or catalysts to manufacture aryl halides from aryl diazonium salts. A radical-nucleophilic aromatic substitution is an example.

To learn more about benzene and other aromatic hydrocarbons, register with BYJU’S and download our mobile application on your smartphone.