Production possibility frontier (PPF) is referred to as a graph that shows the maximum possible output that can be achieved by two goods when the input is maintained constant or fixed.

The factors that are included in the input are natural resources, capital goods, labour and entrepreneurship.

The production possibility frontier represents the concepts of scarcity, tradeoffs and choice and the shape of the curve will change based on whether the price costs are constant, increasing or decreasing. 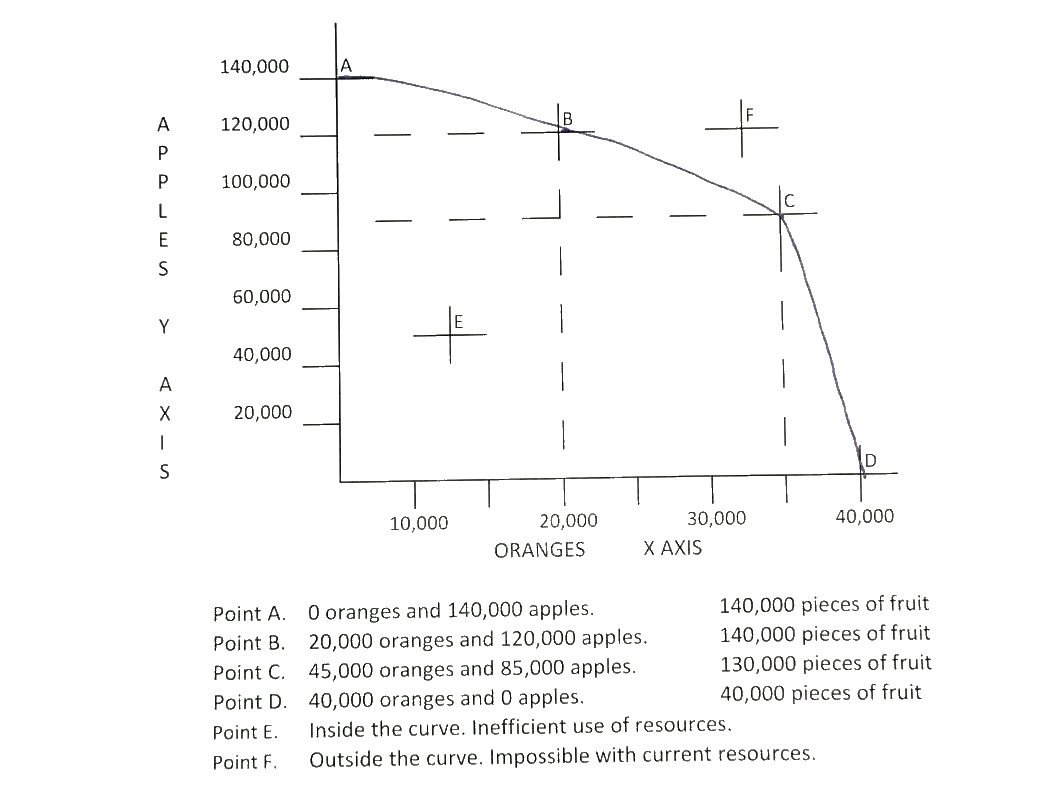 The shape of the PPF curve is like a bow in an outward position. The highest point on the graph will be when a good is produced on the y-axis and the second good is not produced at all on the x-axis.

The widest part of the curve will be represented by the point where no good is produced on y-axis whereas maximum production is happening on the x-axis.

All other points in the graph are regarded as tradeoff points, which means both the goods are produced in varying degrees in these points.

The points on the PPF curve are said to be efficient and indicates that the resources of the economy are utilised fully. This is known as the Pareto Efficiency, which refers to the idea that an economy is operating at its full potential and there is no possibility of getting more output from the available resources.

The points inside a PPF curve are known as inefficient points as the output from these points could be greater than the economy’s current resources. Conversely, the points outside the PPF curve represents production of two goods at its maximum level, which is not possible due to limited or fixed resources.

It helps in letting the businesses understand how much quantity of good must be given up in order to make space for producing another type of good.

This concludes our article on the topic of Production Possibility Frontier, which is an important topic in Economics for Commerce students. For more such interesting articles, stay tuned to BYJU’S.