African Swine Fever was in the news recently when on March 27th 2021, the United States declared India as one of the countries affected by the virus, leading to a total ban on the import of pork and pork products from the country.

This article will further elaborate on the African Swine Fever Virus within the context of the IAS Exam.

ASFV is a large, icosahedral, double-stranded DNA virus with a linear genome of 189 kilobases containing more than 180 genes. The number of genes differs slightly among different isolates of the virus.

ASFV has similarities to the other large DNA viruses, e.g., poxvirus, iridovirus, and mimivirus. In common with other viral hemorrhagic fevers, the main target cells for replication are those of monocyte, macrophage lineage. Entry of the virus into the host cell is receptor-mediated, but the precise mechanism of endocytosis is presently unclear.

Aspirants can go through relevant information on African Swine Fever Virus on the video at (7:30) minutes. 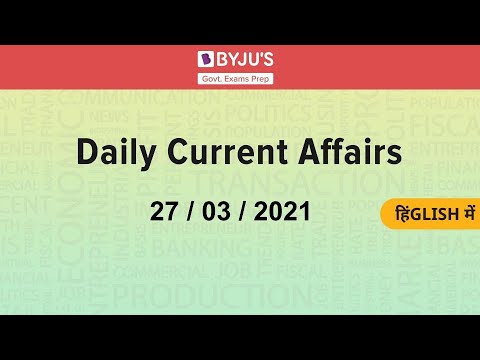 In its acute form th ASFV may develop a high fever in pigs. However they may not show noticeable symptoms from the first few days. Once the fever sets in they begin to lose their appetites along with going into depression

In case of whit-skinned pigs, they turn blueish purple and hemorrhages appear on the ars and abdomen

Groups of infected pigs lie huddled together shivering, breathing abnormally, and sometimes coughing. If forced to stand, they appear unsteady on their legs

Within a few days of infection, they enter a comatose state and then die.

Normally, the African Swine Fever Virus is distinguished through a laboratory test. The diagnosis is usually performed by isolating the virus from the blood, lymphatic nodes, or serum of an infected pig

The virus can be spread by ticks, but also by swine eating pork products that contain the virus.

The first known case of the African swine fever was reported in 1921 in Kenya. It was restricted to the African continent until 1957 when an outbreak of ASF was reported in Lisbon, Portugal. Following this there were sporadic outbreaks in France, Belgium and other parts of Europe throughout the 1980s

Both Spain and Portugal had managed to eradicate the disease by the mid-1990s through a slaughter policy.

ASFV crossed the Atlantic Ocean, and outbreaks were reported in some Caribbean islands, including Dominican Republic and Haiti . Major outbreaks of African Swine Fever are regularly reported to the World Organisation for Animal Health.

In 2018 the virus spread to Asia, affecting more than 10 percent of the total pig population in several countries, leading to severe economic losses in the pig sector.

The first known instance of a the African swine fever in India was reported in 2020. It had severely affected India’s pig-rearing industry especially in the states of Goa, Kerala and the Northeastern states. The livelihoods of the farmers were severely affected as their livestocks were decimated due to the virus

As there is no vaccine available to combat the virus, the pig-rearing industry in India will be under constant threat with the lives of many farmers under threat. What’s more, with the US ban an Indian pork and pork products, the situation has already become more precarious. Only a timely intervention by the government can slightly alleviate the problem.

Find notes on UPSC Science and Technology by visiting the linked article.

Can humans get African swine fever?

African swine fever is a contagious, viral disease that affects domestic pigs and wild boar, leading to high mortality. It does not affect people.

What are the symptoms of African swine fever?

The following are symptoms of African Swine Fever: