Note: The number line goes on to infinity in both directions.

Left side of zero➜ negative integers;

Right side of zero➜ positive integers; 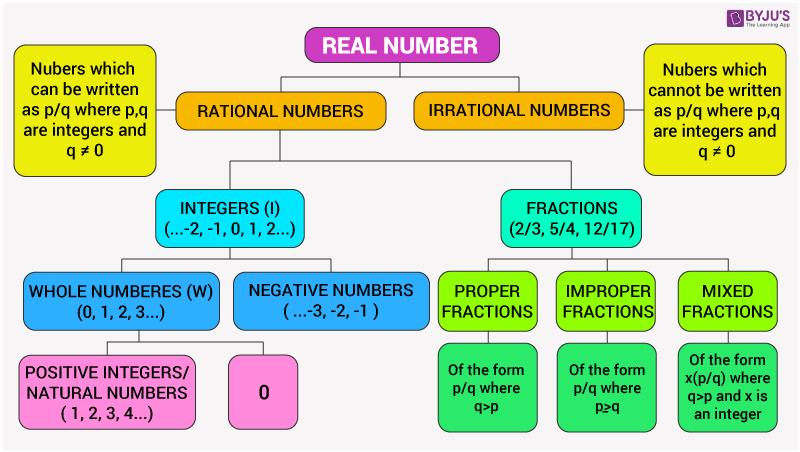 The numbers used for counting are called natural numbers. They are present on the positive side of the number line. They are also called positive integers. The lowest natural number is one.

When zero is included with the natural numbers, the set of numbers are called whole numbers.

They comprise of natural numbers, negative integers and zero. Zero is neither positive nor negative.

Two integers are said to be opposites if each of the two is from the same distance from the origin. One will have a positive sign and the other will have a negative sign.

Numbers that are divisible by only 1 and itself are called PRIME NUMBERS.

NOTE: Factors are those numbers which divide a given number completely, that is, without leaving a remainder ( 2 is a factor of 8 whereas, 7 is not a factor of 22)

Numbers that have factors other than itself and unity are called COMPOSITE NUMBERS.

For example, to check whether 37 is prime, take the approximate square root of 37=6 Check if there is a prime number below 6 which divides 37.

Example: 6 and 13 are relatively prime; since 1 is the highest common factor of these two numbers; similarly 2 and 3, 7 and 9 etc.

6. Odd Numbers And Even Numbers

If there exists an integer N such that A=2N, then A is an even number.