3. LPG Subsidy: Income as a Measure?

5. Interesting: N-Korea: Was it a Hydrogen Bomb?

– Under new Start Up India campaign.

– The tax provision in question treats infusion of funds by domestic angel investors as income in the hands of the start-up, making India the only country in the world to penalise local angel investors in such a manner. – Inclusivity, power-sharing, between the Centre and periphery, and the deepening of democracy are imperative.

– Quotable Quote: “Inclusion is about more than tolerance, accommodation. It is even more than respect. It is about a celebration of the other, pride in the other. Politics becomes, then, a matter of culture, civilisational culture.”

– The idea of a joint Sri Lanka Freedom Party-United National Party (SLFP-UNP) might help bring about mutual trust and cooperation between the divided factions: Tamils and the Sinhalese

– As it takes the first step towards drafting a new Constitution, there is renewed hope that the island nation will be able to reinvent itself as a modern state…

– One that brings economic prosperity and national unity.

– Focus is on Black money via corruption, however biggest component is tax-evasion by MNCs.

– The most popular mechanism for shifting profits is transfer pricing.

– Need to focus on this major tributary… to dam the overall flow.

– The UN model: taxing income at the ‘source country’

– A good model for the developing countries. 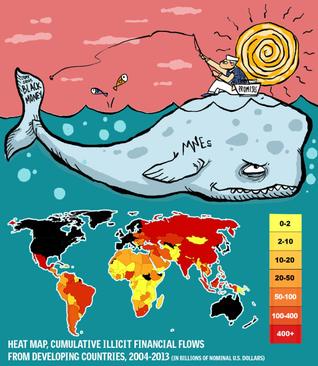 3. LPG Subsidy: Income as a Measure?

-The subsidy would not be available for domestic LPG consumers, if the consumer or his/her spouse had taxable income of more than Rs. 10 lakh for the previous financial year.

– The scheme was launched with the objective to prevent diversion of subsidised LPG, by transferring the subsidy amount directly in the bank accounts of the consumers.

– ‘Give It Up’ scheme in March 2015: aimed at urging well-to-do households, who can easily afford LPG at market price, to give up LPG subsidy, in order to extend the subsidy benefits to poorer households, without increasing the fiscal burden…

– So that millions of households, which continue to rely on traditional fuels, transition towards a cleaner cooking fuel: LPG

– But, Income only criteria?

– It would be more practical and efficient to exclude households based on multiple criteria, simultaneously. One such criterion could be asset-ownership of high-end consumer durables.

– Currently, goods: an effective tax rate of 24-25 per cent (including both the central and state levies), while services: 14.5 per cent.

– In his report on revenue-neutral rates, the CEA has suggested a standard GST rate of 17-19 per cent for both goods and services, a low rate of 12 per cent for goods, and a high rate of 40 per cent for luxury goods

– Impact studies carried out in countries that have implemented the GST or its equivalents indicate that the first year of implementation is likely to be inflationary, with a surge in prices of both goods and services.

– Services expected to have greatest increase…

– The ISC Association was established in 1914 to promote science and the scientific temper by connecting scientists, administrators, policymakers, communicators and the people.

– The nationalistic celebration of antique Indian science was not a serious objective. 🙂

– Who knows, a CSAT question on this might come 🙂

5. Interesting: N-Korea: Was it a Hydrogen Bomb? – The Companies Act of 2013 sought to address both these concerns, etc

– How to enforce well?

– GIS technology plays an important role in managing our natural and man-made water infrastructure, and is readily available

– The recent floods in Chennai have been largely blamed on water body encroachments.

– The Madras High Court has ordered that no more encroachments of any kind be tolerated on water bodies.

– The spotlight put on water body encroachment by the recent floods in Chennai offers an opportunity for us to undo years of damage.

1. Shanta Kumar Panel Recommendations and Restructuring the FCI recommended it

2. Jan Dhan Yojana and JAM trinity is to facilitate it

Which among the above statements is/ are correct?

a) Alternative Investment Funds are the investments which do not happen via the traditional modes of investment such as stocks, bonds, cash, property etc.

b) Venture Capital Funds are AIFs

1. GST will be collected via a tax credit mechanism

2. A “Dual GST” system is being proposed in India

3. All states are enthusiastic about implementing GST

a) The Ramsar convention deals with Wetland Conservation

b) Wetlands are important carbon sinks and water storage, flitration and release regulators

c) They are extremely bio-diverse

a) Tax Avoidance means an attempt to reduce tax liability through legal means.

b) Tax Evasion is illegal means to reduce tax liabilities

d) All of the above are correct