Rajya Sabha TV programs like ‘The Big Picture’, ‘In Depth’ and ‘India’s World’ are informative programs that are important for UPSC preparation. In this article, you can read about the discussions held in the ‘Big Picture’ episode on “Coronavirus & Impact on Economy” for the IAS exam. 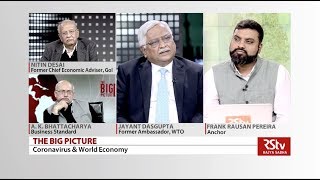 Wuhan, in China, has been the epicenter of the Coronavirus outbreak. The epidemic has posed serious constraints from the perspective of health. The virus epidemic broke out during the Lunar New Year in China.

China’s significance in the Global Economy:

Global impact of the outbreak on China’s economic activities:

A 2017 paper by economists Victoria Fan, Dean Jamison and Lawrence Summers estimated the expected annual losses from pandemic risk to be about $500 billion, or 0.6% of global income per year, accounting for both lost income and the intrinsic cost of elevated mortality.

Which countries would be the most affected due to the China slump? Is it an opportunity for India?

Could activities in China have a bearing on the USA elections?

Given China’s huge importance to the global economy, the ripple effect could be choppy and lasting. However, with greater cooperation among the rest of the countries, the intensity of the effects could be minimized. China is also a highly organized country, thus it is expected that the country could make a fast recovery from this epidemic.