Survey of India is the oldest scientific department of the Indian government. It was established in 1767 to help consolidate the Indian territories of the British East India Company .

The National Map Policy 2005 mandates the Survey to produce, maintain and disseminate the topographic map database of India. The mandate of the SOI includes the following:

Other Responsibilities of Survey of India

The following image will show you the various zones and institutes that come under the Survey of India. 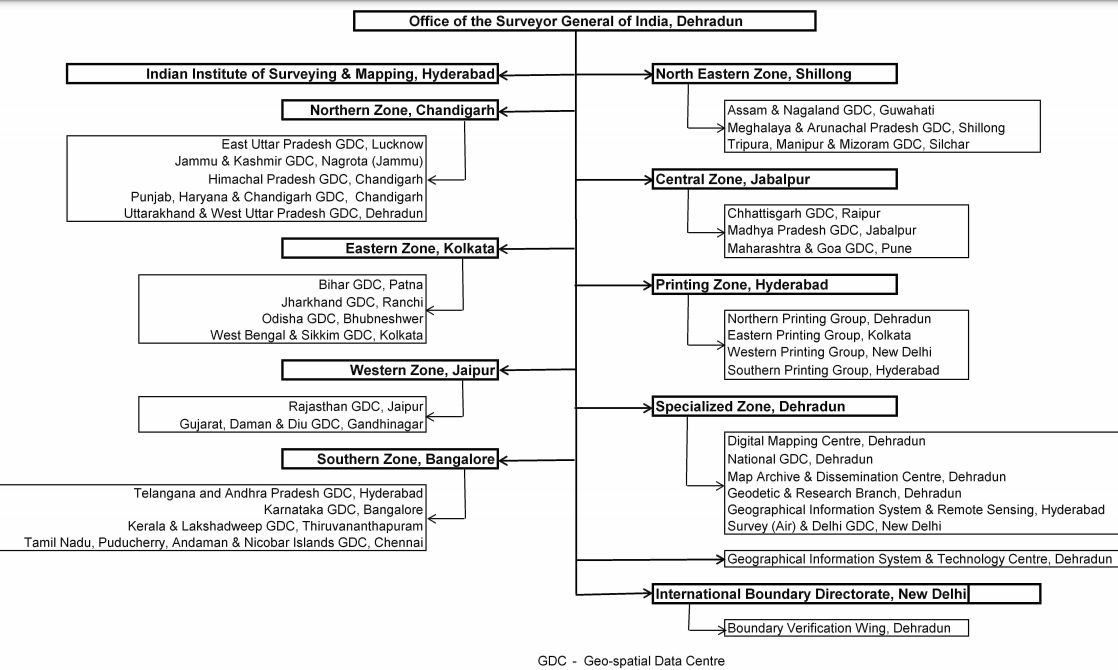 The Survey of India renders service to the nation by taking part in various government schemes with respect to matters of surveying and mapping.