What is The Logistics Data Bank (LDB) project?

1. Food for action: on food security in India 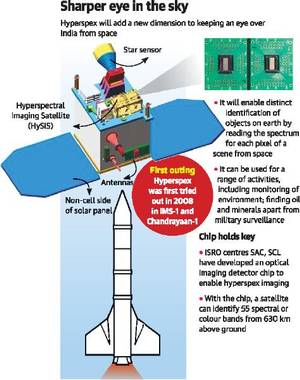 How India’s policy in this sector is different from that of China?

Question 1. Choose the correct statement with reference to Kani maranjandu which was in news recently.
See
Answer

New species of long legged, tree- dwelling crabs have been discovered by Scientist in Western Ghats of Kerala. First of its kind to offer a record of an arboreal crab — a species that lives in trees. The new species named Kani maranjandu after the Kani tribe in Kerala

Uttarayan Festival: • International Kite festival held at Ahmadabad, Gujarat. • It is the sign for farmers that the sun is back and that harvest season is approaching which is called Makara Sankranti. • The idea of flying kites to celebrate Uttrayan was introduced by Muslims from Persia, today regardless of background or beliefs, everyone are welcomed to fly kite in Gujarat in January.

Question 3. What do you mean by Masala Bond?
See
Answer

Masala bonds are bonds issued outside India but denominated in Indian Rupees.

Question 5. Sometimes Base Erosion and Profit Shifting (BEPS ) in news. What are they ?
See
Answer