Opening up the “highly-sensitive” correspondence of the SC’s collegium and its workings to the Right to Information (RTI) regime would make judges and the government “shy” and “destroy” judicial independence, Attorney General K.K. Venugopal submitted.

Appointment of judges under collegium system:

Evolution of the collegium system: Should Supreme Court come under RTI?

The United States Department of State has approved the sale of 24 MH-60R multi-mission helicopters to India under its Foreign Military Sales (FMS) program.

2. A long reign comes to an end

Why were there protests?

Five years of economic troubles and growing scepticism about the President’s health have added to the public resentment. So when the ruling party said Mr. Bouteflika will seek a fifth term, the Algerian society erupted into protests.

Why did he resign?

The current high level of air pollution has shortened the average lifespan of a South Asian child by two-and-a-half years while globally the reduction stands at 20 months, according to a global study – State of Global Air 2019.

In China and India:

The Australian scientists have observed that the world’s southernmost coral reef has been hit by bleaching this summer and warned that the rising sea temperatures from climate change were affecting even the most isolated ecosystems.

When corals face stress by changes in conditions such as temperature, light, or nutrients, they expel the symbiotic algae zooxanthellae living in their tissues, causing them to turn completely white. This phenonmen is called coral bleaching. 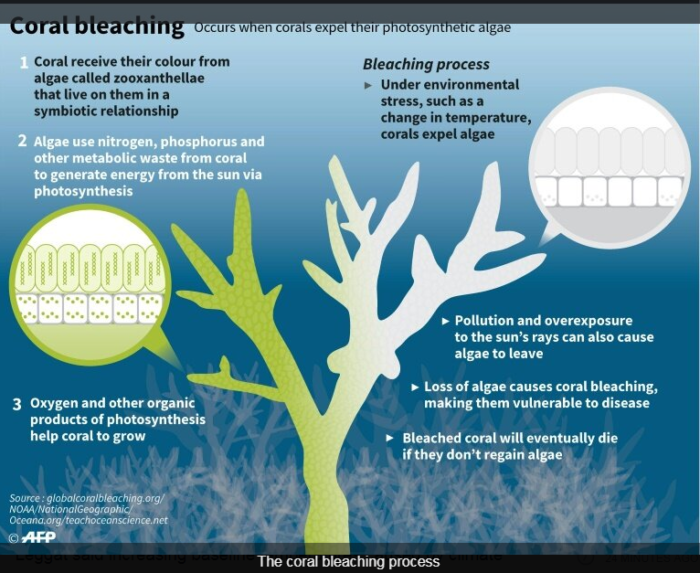 Why does Coral bleaching occur?

2. Dark matter not made up of tiny black holes

An international research team including researchers from Inter-University Centre for Astronomy and Astrophysics (IUCAA), Pune has ruled out the possibility of primordial black holes being a major constituent of dark matter. This finding disproves a theoretical claim of Prof Stephen Hawking.

1. Proving a point on audit trail

What is the VVPAT and how does it function?

Why is the VVPAT necessary?

What problems have been encountered?

Is the current rate of VVPAT recounts enough?

A Brief look at the past in A.P.

A Trace of History:

Why recently in the news?

A Run-through of recent events:

‘Special Invitee’: A Source of Friction

The Supreme Court’s ultimatum to the Centre to appoint a Lokpal within a given time frame, and the subsequent appointment of the first Lokpal in the country, is to be welcomed. After all, the fight for a Lokpal has been long-drawn-out.

Neither transparent nor fair: An allegation

Critics view on the background of members:

Experts take the view that what is worrying is how well the CVC and CBI are going to play a complementary role in upholding the objective for which the Lokpal has been appointed.

The Lokpal has jurisdiction over Group A and B public servants.

This does not deprive the CBI of its own jurisdiction over these two groups.

The Lokpal Act permits using the CBI (referred to by the Act as the Delhi Special Police Establishment, from which the CBI was born) for examining a complaint against a public servant for misconduct.

Although the Lokpal has its own Inquiry Wing, it can nevertheless forward a complaint to the CBI for a preliminary inquiry, and thereafter for registering a regular case under the Prevention of Corruption Act, 1988.

It is not clear what happens when such a complaint is already being inquired into by the CBI.

Legally speaking, the government, in addition to the Lokpal, is competent to order a preliminary inquiry and permit the CBI to proceed with a regular case.

What is also to be remembered is that the CBI can register a case even without the government’s nod in instances in which a public servant is caught red-handed while receiving a bribe.

If an individual lodges a complaint with the government and the Lokpal, what should the Lokpal do? Does it have the authority to give direction to the CBI to keep its hands off the matter and wait for the Lokpal’s own Inquiry Wing to handle the matter?

The Act creates a Prosecution Wing exclusively for the Lokpal. How will that body coordinate with the CBI’s Director of Prosecution in respect of a matter handled by both of them? It is a common practice for complainants in India to dash off their complaints to a host of agencies.

There is a distinct prospect of a clash between the government (which has greater powers of superintendence over the CBI than the Lokpal) and the Lokpal over a wide spectrum of issues.

The Act gives the impression that superintendency over the CBI is shared by the Lokpal and the government, and neither is in exclusive command of the former.

Can the Lokpal order the CBI to suspend its inquiry in respect of a complaint and report on it to the exclusion of the government?

The initial days are going to be difficult in terms of coordination. Everything will depend on how well the Lokpal and the government sink their egos and concentrate on the fundamental objective of striking at corruption without getting bogged down by technicalities.

All these imponderables, however, do not reduce the utility of a highly placed ombudsman. It may finally boil down to Justice Ghose’s perception of what his role is. He can certainly shape the future of this experiment.

What do evaluations of cash transfers suggest?

What does behavioural economics suggest? A Look at International Examples:

The RAN was set up to provide financial assistance to patients, living below poverty line and who are suffering from major life-threatening diseases, to receive medical treatment at any of the super speciality Hospitals/Institutes or other Government hospitals. Karnataka is the first state to release a Rare Diseases and Orphan Drugs Policy.

Both the statements are true. Read more about Golden Crescent.

Global Slavery Index (GSI) is published by the Walk Free Foundation, a global human rights organization with a mission to end modern slavery in a generation. The report looks at prevalence (the percentage of a country’s population that is enslaved) as well as the total number of people living in modern slavery in each country.