What is the Battle of Koregaon? 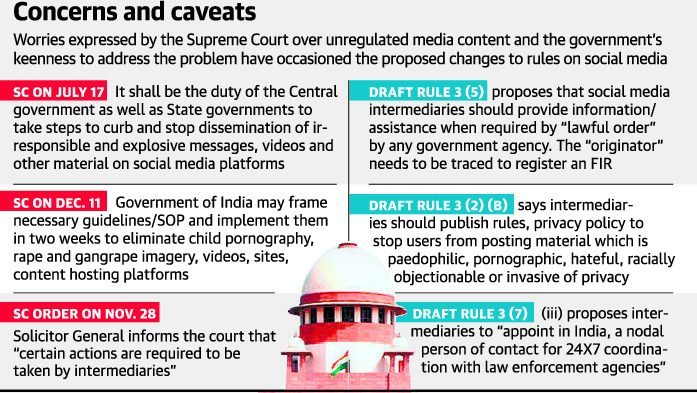 The analysis of draft IT (Intermediaries Guidelines) Amendment Rules, 2018

Profiles of RTI Activists killed in Bihar in 2018 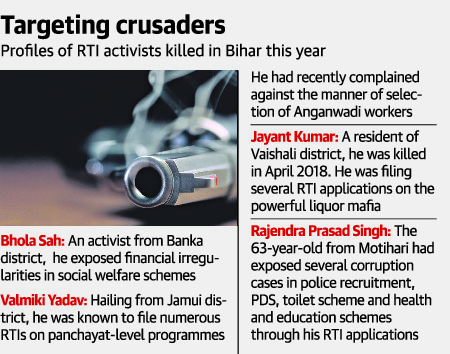 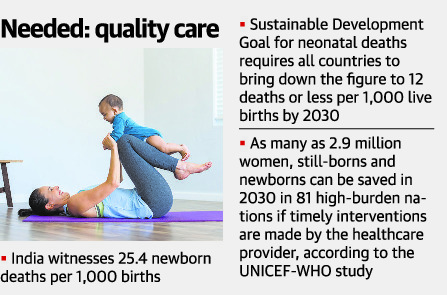 1. Elections in an embattled democracy

Elections in Bangladesh are an important issue to cover from a Civil Services point of view. This is because, the electoral outcome of Bangladesh would potentially have an impact on  Indo-Bangladesh bilateral relations. Here, for the purpose of lending greater diversity to this issue, we have condensed the important excerpts from two articles that have featured in the Hindu, namely, ‘Elections in an embattled democracy’ which was featured on the 26th of December, 2018 along with another article, named, ‘Bangladesh elections are important’ which was featured on the 23rd of December, 2018.

What did the Awami League do?

How has India reciprocated?

Contribution of the Awami League:

The threat posed by the BNP:

A Quick Look at History:

A Note on Mr. Kamal Hossain:

Next Suggested Course of Action:

1. On a shaky foundation (Right to Privacy Vs. Surveillance)

What was the Government’s reaction?: The Government protested that the notification created no new powers of surveillance. That the notification was only issued under the 2009 Information Technology Rules, sanctioned by the previous United Progressive Alliance government. The 10 agencies had not been given a blank check; rather, specific surveillance requests, the government contended, still had to be authorised by the MHA in accordance with law.

A Look at the Present Problem:

A Closer Look at Surveillance:

Experts point out that a heavily bureaucratised and minimally accountable regime of surveillance does nothing to enhance security, but does have significant privacy costs.

– As a matter of fact, the IT Rules in turn form the source of power behind the Ministry of Home Affairs (MHA) notification.

– On the basis of this assumption, the clarification justifies the notification without examining the validity of its source.

– Critics have pointed out that all that the MHA clarifies, is that since the notification conforms with the IT Rules, there is no reason for eyebrows to be raised.

– However, experts point out that this argument, however, is fallacious since it fails to take a step back and peruse Section 69 of the IT Act, which after K.S. Puttaswamy v. Union of India — ‘the right to privacy case’, in 2017 — seems to fail the litmus test of constitutionality.

An important question arises: Why is Section 69 unconstitutional after K.S. Puttaswamy?

The Implications for free speech:

– Experts have pointed out that under Section 69, the government can intercept personal information under any of the following conditions: when it is necessary in the interest of Indian sovereignty or integrity; security of the state; friendly relations with foreign states; public order; and for preventing incitement to the commission of any cognisable offence related to these.

– Significantly, while the first four feature in Article 19(2) of the Constitution, the last, namely preventing incitement to commission of cognisable offences, is not an enumerated restriction.

– It is important to note that a restriction in the form of authorised surveillance would not be justified unless it is in order to maintain public order, a reasonable restriction under Article 19(2).

Perspective on Law and Order:
– It is important to note that the Supreme Court has repeatedly accepted a hierarchisation between “public order” and law and order; it explains this through concentric circles where law and order represents the larger circle within which the next circle, public order, lies, which in turn contains the smallest circle representing the security of the state — the most grave concern.

-Further, while public order is characterised by public peace and tranquillity, law and order requires preventing the incitement of an offence.

– However, Section 69, as mentioned earlier, allows mass surveillance even when only law and order is affected while public order prevails: merely for precluding the incitement of the commission of an offence.

– Experts have pointed out that such a broadly worded provision can have potential ramifications on free speech.

– This is because a constant sense of being watched can create a chilling effect on online communication, crippling dissent.

– As a matter of fact, as far back as 1962, Justice K. Subba Rao had explained in his powerful dissent how a “shroud of surveillance” maims individual freedom by engendering inhibitions that an individual cannot act as freely as he would want to.

– In conclusion, it is important to note that surveillance does not show direct discernible harms as such but rather imposes an oppressive psychological conformism that threatens the very existence of individual freedom.

– The Supreme Court reiterated this view in K.S.Puttaswamy.

– Section 69, therefore, cannot be regarded as a reasonable restriction on free speech as well.

– Therefore, a simple law and order requirement is an impermissible restriction to free speech unless public order, a much higher threshold, is threatened.
– As a matter of fact, Section 69 also falls short of meeting with the principles of natural justice by failing to accommodate pre-decisional hearings.

– Critics point out that the Section only makes post-decisional hearings before a review committee possible as a part of its procedure, compelling people to give up their personal information without being given an opportunity to be heard.

– Lastly, experts point out that the MHA notification rests on shaky foundations.

– While the Supreme Court missed the opportunity to examine the constitutionality of Section 69 of the IT Act, looking at the IT Rules to legitimise the notification seems to put the cart before the horse.

1. Leh makes short work of a mountain of waste

Role of movie 3 idiots in tourism of the Leh region

2. Our differences are a source of richness, not danger: Pope

: In assembly, the governor can nominate one member from the Anglo-Indian community, if the community is not adequately represented in the assembly.