Details of the document 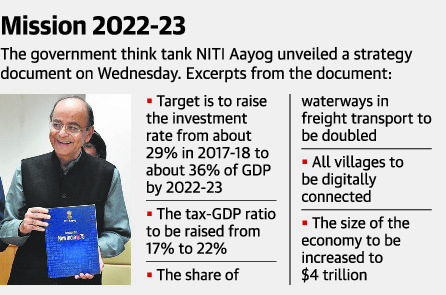 Salient features of the bill

Eligibility to be a surrogate mother

1. Four banks may come out of PCA Reaction to the Bill

The Original definition of transgender

The revised definition of ‘transgender persons’:

Some specifics regarding the revised bill:

Fragility of the Region:

Perspectives on Reports of committees:

4. Packaging of foodgrain in jute bags made mandatory

In S.R. Bommai case Supreme court endorsed Sarkaria Commission’s report finding and approved some of the situations which did not amount to “failure of constitutional machinery.” Among them, the following two included (1) A situation of maladministration in a State where a duly constituted ministry enjoys the support of the Assembly. (2)This power cannot be invoked, merely on the ground that there are serious allegations of corruption against the Ministry. As on date, the judgment given by the Bench in the “S.R. Bommai vs. Union of India” stays.

National Commission for Minorities was setup by an Act of the Parliament in 1992.

Statement 1 is correct: The Act gives a constitutional status to the PRIs. In other words, the state governments are under constitutional obligation to adopt the new panchayati raj system in accordance with the provisions of the Act. Statement 2 is correct: It is a compulsory provision to fix the tenure of five years for Panchayats at all levels.