1. Startups to be listed for angel tax exemption

Details of the project 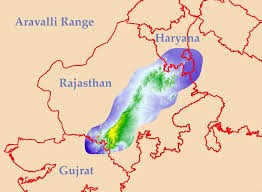 Perspective on the Centre for Monitoring India Economy (CMIE):

Difference between the CPHS and NSSO Surveys:

A Look at Some Key findings:

A Closer Look at Some Specifics:

Goods & Services Tax Council is a constitutional body under article 279A of the Indian constitution for making recommendations to the Union and State Government on issues related to Goods and Service Tax. The GST Council is chaired by the Union Finance Minister and other members are the Union State Minister of Revenue or Finance and Ministers in-charge of Finance or Taxation of all the States.

The Appellate Body of the WTO was established in 1995 with its seat in Geneva, Switzerland. It is a standing body of seven persons. It hears appeals from reports issued by panels in disputes brought by WTO Members. The Appellate Body can uphold, modify or reverse the legal findings and conclusions of a panel. The Appellate Body Reports, once adopted by the Dispute Settlement Body (DSB), is mandatory to the parties to dispute.

Criteria For Endangered Status: An observed, estimated, inferred or suspected population size reduction of ≥ 50% over the last 10 years or three generations; Area of occupancy estimated to be less than 500 km2; Population size estimated to number fewer than 250 mature individuals. Quantitative analysis showing the probability of extinction in the wild is at least 20% within 20 years or five generations.