Details of the Agreement

Importance of Maldives to India 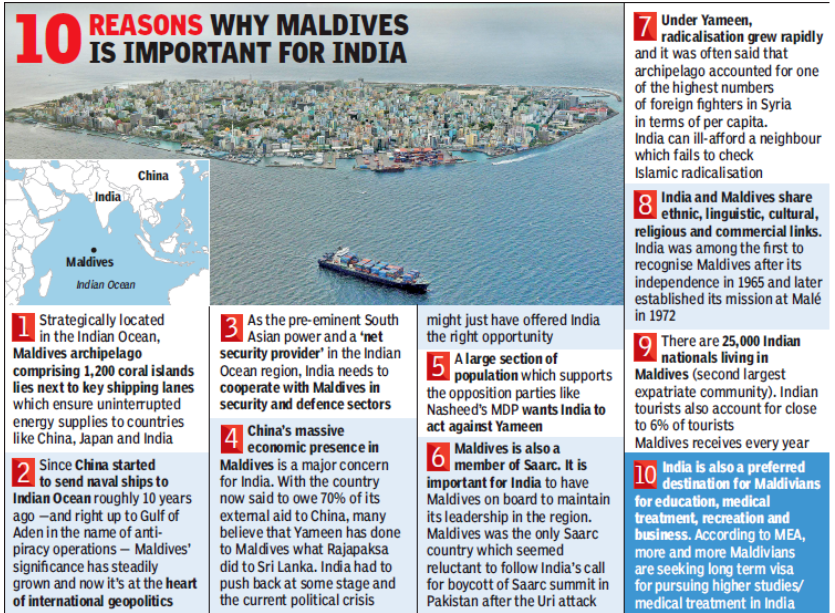 1. Dr.Reddy’s inches a step closer to resuming sales of Suboxone

1. A case for Commons sense

What was the context of the meeting?

The principle of Commons:

The Significance of ‘Commons’?

The Way Forward: Approaches for the future

This editorial analysis takes into account two articles that were featured in the Hindu newspaper on the 13th of February, 2019, namely: “Lessons of 1979”, and “Ageing revolution”.

1. The shape of the jobs crisis

What else does the data show?

A Perspective across education categories:

3. Minister promises to get TikTok banned

The Banks Board Bureau has its genesis in the recommendations of The Committee to Review Governance of Boards of Banks in India, May 2014. Thereafter, on February 28, 2016, the Government of India, announced the constitution and composition of the Bureau. The Bureau started functioning from April 01, 2016 as an autonomous recommendatory body. It is not a statutory body

The Guwahati High Court has recently quashed the appointment of a committee that had probed the alleged extra-judicial killings in Assam. It relates to the extra-judicial killings in Assam during 1998-2001, often described as “secret killings”. Close relatives of a number of United Liberation Front of Asom (ULFA) members were shot by unidentified killers. A committee headed by Justice K N Saikia was formed in 2005 to look into this.