Why these islands are important?

Provisions of the Banning of Unregulated Deposit Schemes Bill, 2018

A glance at the India-Saudi Arabia Relations

1. The importance of being humane (Custodial Torture)

Perspective on the Prevention of Torture Bill:

Can the Supreme Court “nudge” Parliament?

A Look at some Key reasons:

The Pakistan Army has more than once acted as the Saudi rulers’ praetorian guard and given the uncertain hold of MBS on his country, despite impressions to the contrary, he may need the services of Pakistani mercenaries in the near future.

What makes Pakistan a natural ally of Saudi Arabia?

1. ‘Celebrities willing to endorse parties for a fee’ 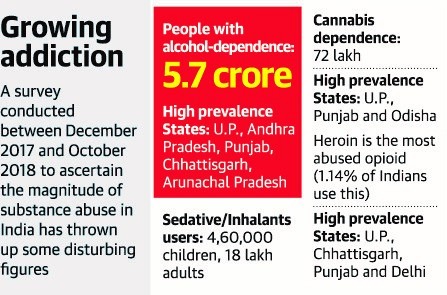 4. SC upset at the plight of illegal migrants in Assam centres

Supreme Court has recently set up a panel headed by retired SC Judge Amitava Roy Panel to look in to prison reforms and decongest crowded jails. The panel will examine way and means to prevent violence against inmates, get the required legal aid and rehabilitate them. It will also examine the feasibility of setting up more open prisons.

It is a device developed by the National Environmental Engineering Research Institute (NEERI), Nagpur-based laboratory of the Council of Scientific and Industrial Research (CSIR).

The Supreme Court has removed provisions on adultery in IPC and CrPC, and subsequently decriminalised adultery. The top court said that Adultery can be a civil wrong and a ground for divorce but it cannot be a criminal offence. The court said Section 497 is violative of right to equality and right to equal opportunity to women and disallows them from making their own choices. The court pronounced four sets of concurring Judgements to declare as unconstitutional the penal provision on adultery and Section 198 of the Code of Criminal Procedure (CrPC) that deals with prosecution of offences against marriage. Section 497 is a clear violation of fundamental rights granted in the Constitution and there is no justification for the continuation of the provision.