1. Plan to have specific names on Arunachal ST list cleared

Who are the Scheduled Tribes?

According to the Ministry of Tribal Affairs, the criterion includes

3. Trade Unions Act to be amended

4. Bill to allow voluntary use of Aadhaar ID introduced 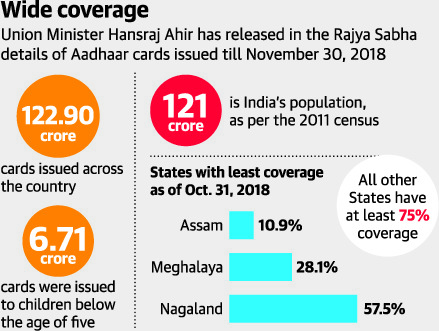 2. Caught in a crossfire? (Diplomatic Row between Canada and China)

Fears that Canadians Currently Have

1. All along the coastline (New Coastal Regulation Zone Notification)

What changes will the notification bring?

What about rural areas?

What will be the likely impact?

It can be retained by the Rajya Sabha for maximum period of fourteen days only.

The nominated members of either House of Parliament can participate in the impeachment of the President though they do not participate in his/her election.

Under Article 352 of the Constitution if the President is satisfied that a grave emergency exists, whereby the security of India or any part of the Territory thereof is threatened, whether, by war, external aggression or armed rebellion, he can declare the National Emergency. The word ‘Internal disturbance’ has been replaced by ‘Armed rebellion’ in 44th Amendment (1978) of the Constitution.