What are the major types of plateaus?

On the basis of their geographical location and structure of rocks, the plateaus can be classified as:

Intermontane Plateaus: The plateau which is bordering the fold mountain range or are partly or fully enclosed within them are the intermontane plateaus. 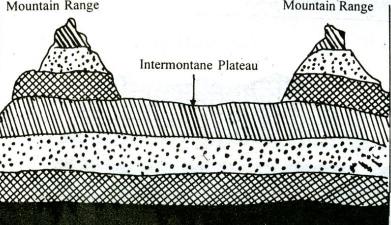 Piedmont Plateaus: The plateaus that are situated at the foot of the mountains and are bounded on other sides by a plain or an ocean are called the piedmont plateau.

Example: the plateau of Malwa in India and Appalachian situated between the Appalachian Mountain and the Atlantic Coastal Plain in U.S.A 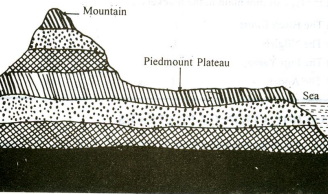 Continental Plateaus : These are formed either by an extensive continental uplift or by the spread of horizontal basic lava sheets completely covering the original topography to a great depth.