The hybridization that takes place in BrF3 is sp3d. We will understand how hybridization of BrF3 occurs in the molecules as well as its molecular geometry and the bond angles below.

What is the Hybridization of Bromine Trifluoride?

To determine the hybridization of bromine trifluoride we will first take the bromine atom which is the central atom and look at its electron configuration. It is represented as;

1s2 2s22p6 3s23p63d104s24p5. However, in order to form bonds with the fluorine atom some electrons in Bromine are shifted to 4d-orbitals. Besides, fluorine has a higher oxidative capacity and therefore it forces bromine to promote electrons to the said level. Now, bromine can use the d-orbitals for hybridization. 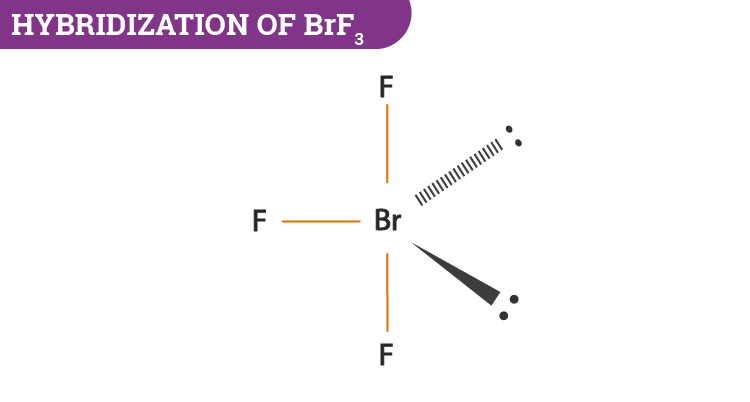 BrF3 will consist of seven electrons in its outermost shell. After the bond formation, it will further have 2 lone pairs and 3 Br—F covalent bonds. As the hybridization value or the electron pair is equal to 5 it gives rise to sp3d hybrid orbitals.

BrF3 molecular geometry is said to be T-shaped or Trigonal Bipyramidal with a bond angle of 86.2o which is slightly smaller than the usual 90°. 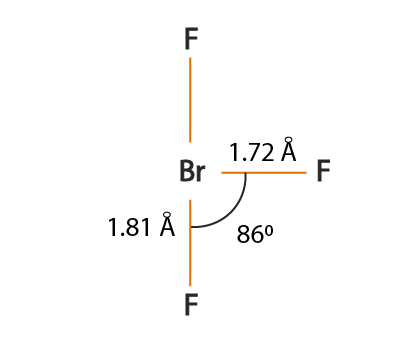 This angle formed due to the repulsion generated by the electron pairs which is greater than that of the Br-F bonds.