How do you determine the hybridization of Graphite when it is basically an allotrope of carbon? If we look at the chemical formula then we will find only carbon atoms. Graphite is also categorized as an organic compound. Given all the factors we will understand the process of hybridization and its type below.

What is the Hybridization of Graphite?

Graphite has a sp2 type of hybridization. The general electronic configuration of carbon is 1s2, 2s2, 2p2, where four valence electrons are spread in the s and p orbitals. During hybridization, the s orbital combines with the p orbitals to form sp2 hybridization. Each carbon atom will form covalent bonds with three other carbon atoms in graphite. The hybridized carbon atoms are arranged in various layers where they are arranged in a hexagonal arrangement. However, the layers have weak forces between them and this gives graphite different properties. 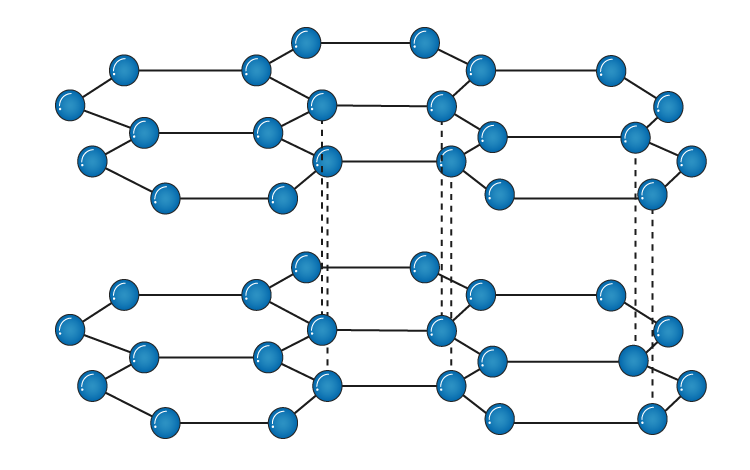 Additionally, each carbon atom will also consist of one non-bonded outer electron, which becomes delocalized.

If we look at the molecular geometry of graphite it is trigonal planar with a bond angle of 120o. The three bonds associated with each carbon atom in graphite tend to move far apart in order to minimize repulsion between the electron pair. They lie at the points of a triangle.

Test your Knowledge on Graphite
Q5