What is the Hybridization of Chlorine Trifluoride?

When we talk about the hybridization of chlorine trifluoride we have to consider its central atom which is Cl. This atom contains 7 valence electrons while ClF3 should consist of 3 bond-pairs and 2 lone-pairs. If we take a closer look at the valence electronic configuration of Cl it is represented as 3s2, 3px2, 3py2, 3pz1, 3d. 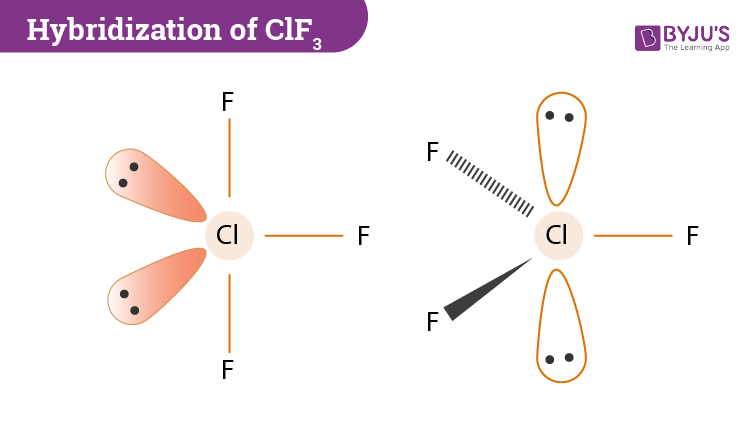 Now, when Cl needs to combine with Fluorine atoms to form ClF3 it needs three unpaired electrons to bond with three F-atoms. Here, one of the paired electrons of Cl in the 3p subshell remains as a lone pair or unpaired. All in all, during hybridization one 3s, three 3p and one of the 3d orbitals participate in the process which leads to the formation of five sp3d hybrid orbitals. Here two hybrid orbitals will contain a pair of electrons and three hybrids will contain unpaired electrons which will again overlap with the 2p orbital of F to form single bonds. 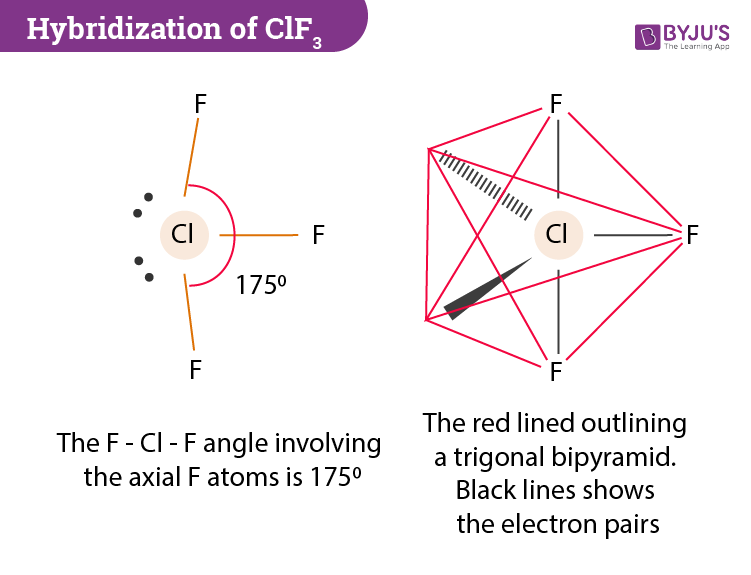 ClF3 molecular geometry is said to be a T-shaped. It acquires such shape because of the presence of two lone pairs which take up equatorial positions and there are greater repulsions. There is also an asymmetric charge distribution around the central atom.

The electron geometry of chlorine trifluoride is trigonal bipyramidal with a 175° F-Cl-F bond angle.