Application of Heron’s Formula in Finding Areas of Quadrilaterals

In geometry, the shapes can be classified into two-dimensional shapes and three-dimensional shapes. 2D shapes are the plane figures, which are made up of two dimensions such as length and breadth, whereas 3D shapes are the solid figures, which are made up of three-dimensions such as length, breadth and height. We know that a triangle is a 2D shape, whose area can be determined by using the formula ½ × b × h, if base and height of the triangle are given. What if only the sides of a triangle are given? How to find the area of a triangle if the side lengths are given?

If a, b and c are the sides of a triangle, and s is the semiperimeter of a triangle, then the formula to find the area of triangle using Heron’s formula is:

Note: s is the semiperimeter, which means half the perimeter of a triangle, and it is found using the formula:

Application of Heron’s Formula in Finding Areas of Quadrilaterals Examples

Masha has a piece of land which is shaped like a rhombus. She wants her one son and one daughter to work on the land to produce different crops. So, she has divided the land into two equal parts. Determine how much area each of them will get for their crop production if the perimeter of the land is 400 m and one of its diagonals is 160 m.

Given: ABCD is a rhombus-shaped land. 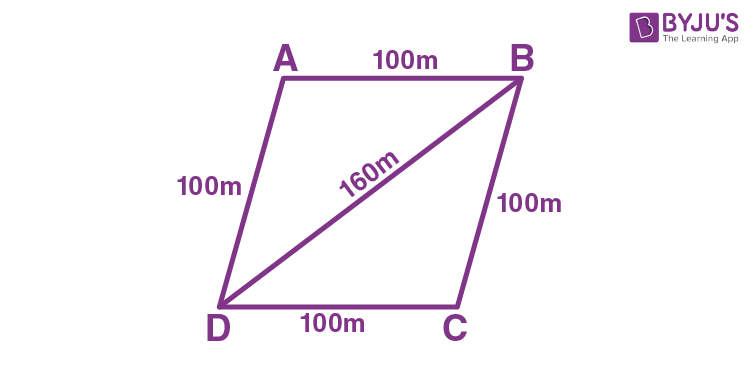 Therefore, the semi perimeter of a triangle = 180m.

Hence, each of them will get land for their crop production of 4800 m2.

Thus, the first group of students cleaned the area of triangle ABC (which is right-angled)

Hence, the first group of students to clean the lane ABC is 180m2.

Now, the second group of students clean the lane ACD, which is a scalene triangle having side lengths 41m, 28m and 15m.

Now, use Heron’s formula to find the area of ACD.

Hence, the second group of students cleaned the lane ACD is 126m2.

Solve the following problems on the application of Heron’s formula in finding areas of the quadrilateral. 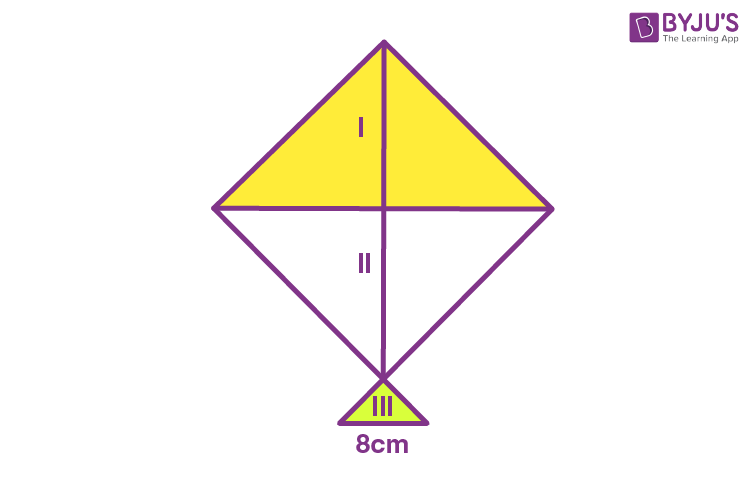 Stay tuned with BYJU’S – The Learning App and download the app to learn all the Maths-concepts by visualizing more exciting videos.