In Calculus, integration is the process of finding the antiderivatives of a function. In other words, we can say that integration is the inverse process of differentiation. While integrating the function, we will get the constant of integration known as arbitrary constant C. For different values of C, we will get different integrals. But those integrals are geometrically similar. Here, we are going to discuss the geometrical interpretation of indefinite integral in detail with an example.

Where C is called the arbitrary function, which represents the family of integrals.

If C = 1, then we get y= x2+1, which can be obtained by shifting the parabola one unit along the y-axis in the positive direction.

Similarly, if for C = -1, we get y = x2 – 1, which can be obtained by shifting the parabola one unit along the y-axis in the negative direction. 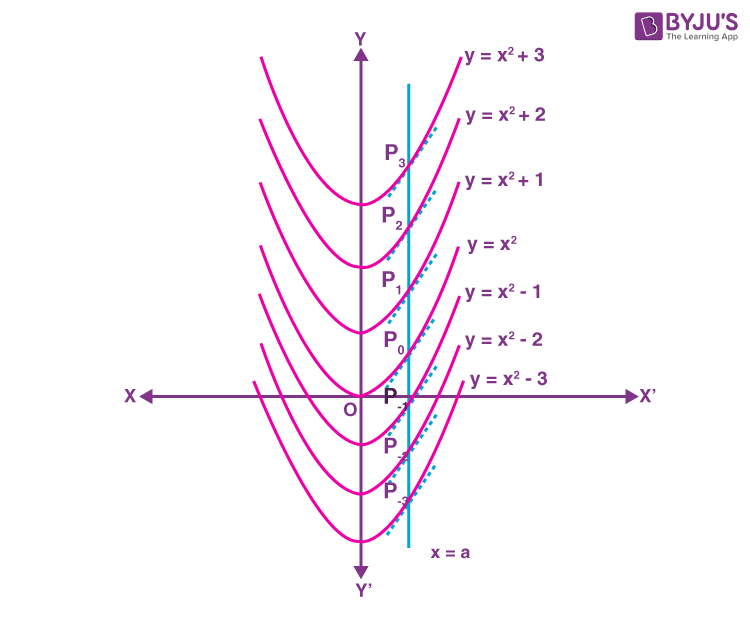 Hence, the equation ∫ 2x dx = x2 + C =y defines that the different values of arbitrary constants C will correspond to different members of the family, which can be obtained by shifting one of the curves parallel to itself. This is known as the geometrical interpretation of indefinite integral.