Important questions for Class 10 Maths Chapter 6 Triangles are provided here to help the students in their exam preparation based on the new pattern of CBSE for the 2021-2022 academic session. Students preparing for the board exam are advised to practice these important Triangles questions to score full marks for the questions from this chapter. In the exam, students may come across some of these questions. So, they should not leave any stone unturned for their board exam and must practice these questions. They can also access important questions for 10th maths all chapters at BYJU’S.

The chapter Triangles contains many topics related to a triangle, such as criteria for similarity, congruency, areas of similar triangles and the Pythagoras theorem etc., Students can also get the answers to all the questions in Class 10 Maths of NCERT solutions.

We have provided important questions of this chapter, along with the detailed solutions. After that, we have also provided some questions for students to practice which does not have solutions, and they must solve all of them to gain command over the Triangles topic.

We know that if a line divides any two sides of a triangle in the same ratio, then the line is parallel to the third side.

Hence, PQR is an isosceles triangle.

Q. 3: In the given figure, altitudes AD and CE of ∆ ABC intersect each other at the point P. Show that: 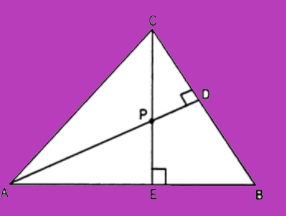 Given that AD and CE are the altitudes of triangle ABC and these altitudes intersect each other at P.

Q. 4: A vertical pole of length 6 m casts a shadow 4 m long on the ground and at the same time a tower casts a shadow 28 m long. Find the height of the tower

Length of the vertical pole = 6 m

Let the height of the tower be h m.

Length of the shadow of the tower = 28 m 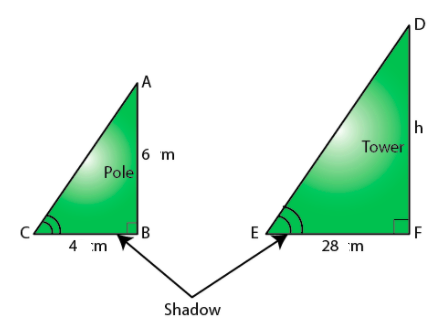 We know that the corresponding sides of two similar triangles are proportional.

Q. 6: If the areas of two similar triangles are equal, prove that they are congruent.

Let ΔABC and ΔPQR be the two similar triangles with equal area.

Q. 8: Sides of triangles are given below. Determine which of them are right triangles.

In case of a right triangle, write the length of its hypotenuse.

Therefore, the above equation satisfies the Pythagoras theorem. Hence, it is a right-angled triangle.

Hence, the given triangle does not satisfy the Pythagoras theorem.

Consider a triangle ΔABCand draw a line PQ parallel to the side BC of ΔABC and intersect the sides AB and AC in P and Q, respectively.

Join the vertex B of ΔABC to Q and the vertex C to P to form the lines BQ and CP and then drop a perpendicular QN to the side AB and draw PM⊥AC as shown in the given figure.

Now, if we find the ratio of the area of triangles ∆APQand ∆PBQ, we have

According to the property of triangles, the triangles drawn between the same parallel lines and on the same base have equal areas.

Therefore, we can say that ∆PBQ and QCP have the same area. 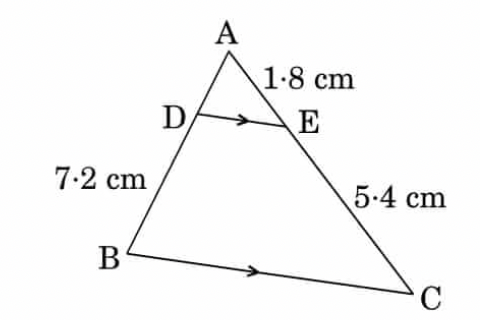 Q.12: The sides of two similar triangles are in the ratio 7 : 10.  Find the ratio of areas of these triangles.

Therefore, the ratio of areas of the given similar triangles is 49 : 100.

Given, ABC is an equilateral triangle.

Let a be the side of the equilateral triangle and AE be the altitude of ΔABC. 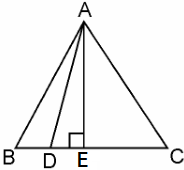 In ΔADE, by Pythagoras theorem,

Q.14: Prove that in a right triangle, the square of the hypotenuse is equal to the sum of the squares of the other two sides. 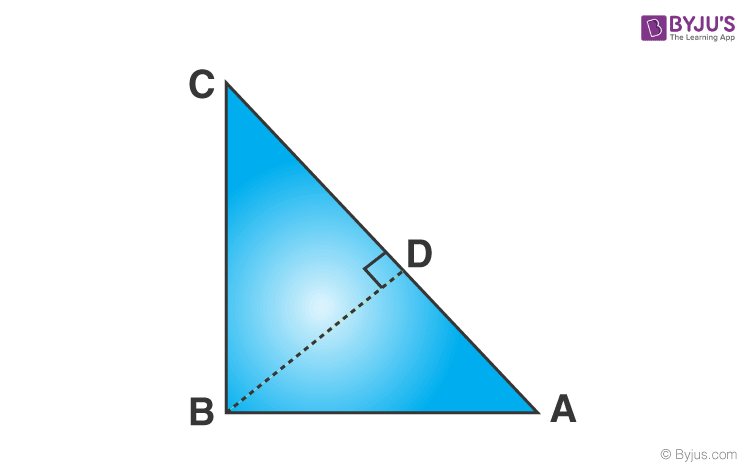 Using the AA criterion for the similarity of triangles,

Considering  ΔABC and ΔBDC from the figure.

Using the Angle Angle(AA) criterion for the similarity of triangles, we conclude that, 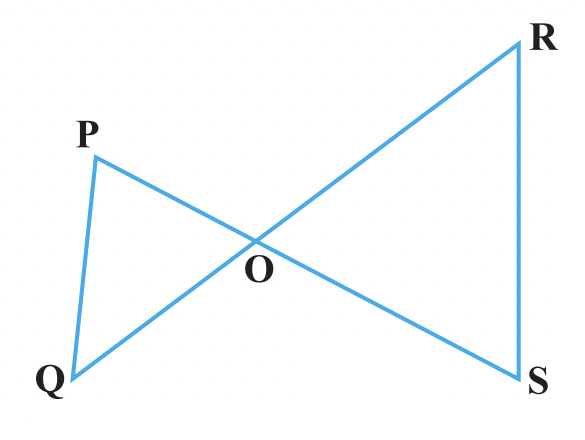 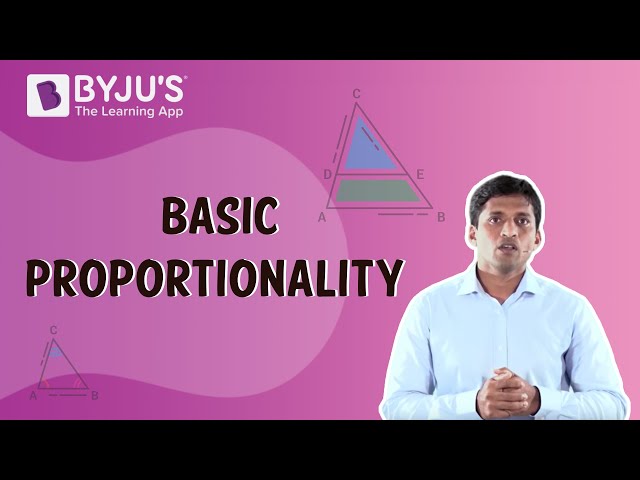