What are Prime and Composite Numbers?

A prime number is a number which has exactly two factors i.e. ‘1’ and the number itself. A composite number has more than two factors, which means apart from getting divided by number 1 and itself, it can also be divided by at least one integer or number. We don’t consider the number ‘1’ as a composite number. Apart from these two, there is also a similar category of numbers which are coprime numbers. The detailed explanation of these numbers is given below.

A prime number is the one which has exactly two factors, which means, it can be divided by only “1” and itself. But “1” is not a prime number.

What are Coprime Numbers?

The coprime-numbers or mutually primes or relatively primes are the two numbers which have only one common factor, which is 1. Let us understand the concept with an example.

Suppose there are two numbers, 14 and 15. Find whether both are coprime or not.

Identify the number of prime numbers given in the chart below and also with the help of this table, students can identify the list of composite numbers from 1 to 100. 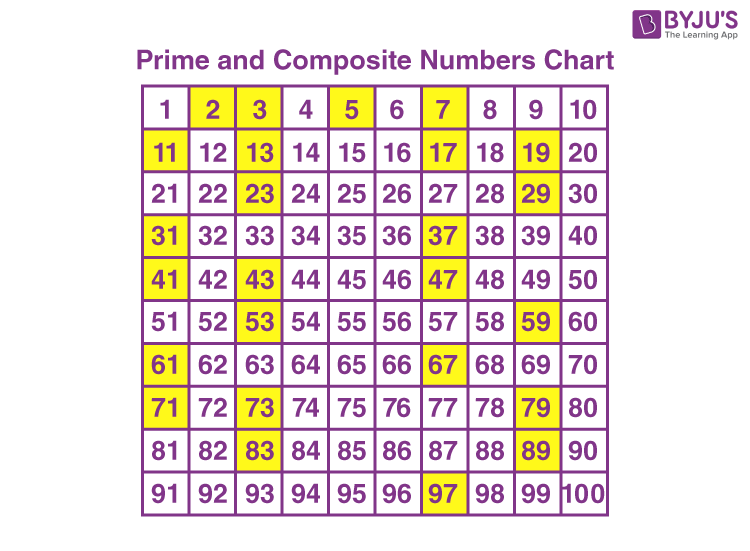 Students can also practise by creating charts for prime and composite numbers from 1 to 1000.

Topics Related to Primes and Composites

Test your Knowledge on Prime and Composite Number
Q5