Mathematics is not easy for some of us. At times, the need for tricks and shorthand techniques is felt, to solve Maths problems faster and easily without lengthy calculation. It will also help students to score better marks in exams. These rules are a great example of such shorthand techniques. In this article, let us discuss the division rules in Maths with many examples. 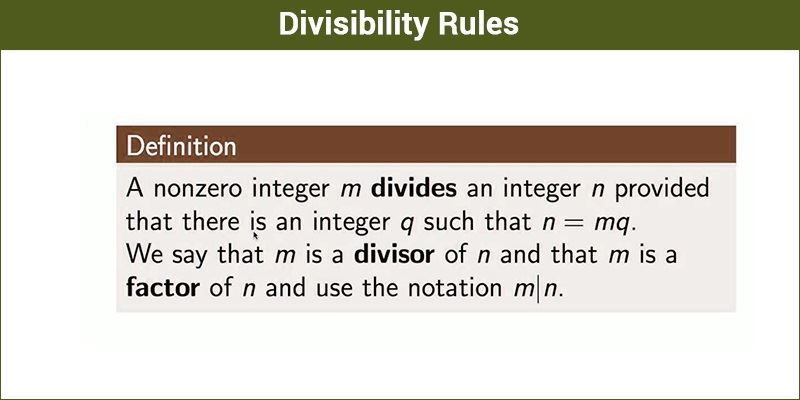 Since every number is not completely divisible by every other number such numbers leave remainder other than zero. These rules are certain ones, which help us to determine the actual divisor of a number just by considering the digits of the number.

The division rules from 1 to 13 in Maths are explained here in detail with many solved examples. Go through the below article to learn the shortcut methods to divide the numbers easily.

If a number is even or a number whose last digit is an even number i.e.  2,4,6,8 including 0, it is always completely divisible by 2.

The rule for divisibility by 7 is a bit complicated which can be understood by the steps given below: Divisibility rule for 10 states that any number whose last digit is 0, is divisible by 10.

In order to check whether a number like 2143 is divisible by 11, below is the following procedure.

Hence, 288 satisfy the divisibility rule for 2. 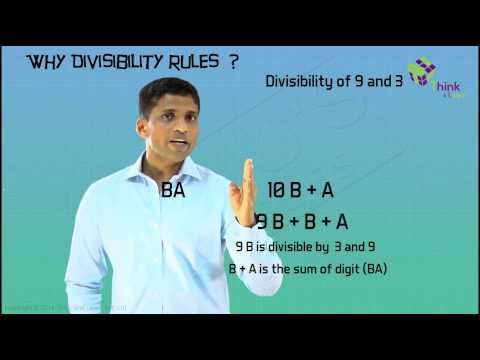