Definition of a Factor

Factors are numbers that can be multiplied together to get another number. This also means that the division of a number with all the factors will result in 0 remainder. In simple words, we can say that a factor of a particular is an exact divisor of that number.

Let’s tackle this topic, prime factors one by one. A factor is generally described in the dictionary as a circumstance, event or action that contributes to the result. So you see, factor is something that affects the outcome. In mathematics, it plays quite a similar role. Factors happen to be numbers that multiply to create another number.

Prime Numbers-A number that has only two factors i.e. 1 and the number itself are known as Prime Numbers.

How to check whether the number is Prime or not?

The following two methods will help you to find whether the given number is a prime or not.

To know the prime numbers greater than 40, the below formula can be used. 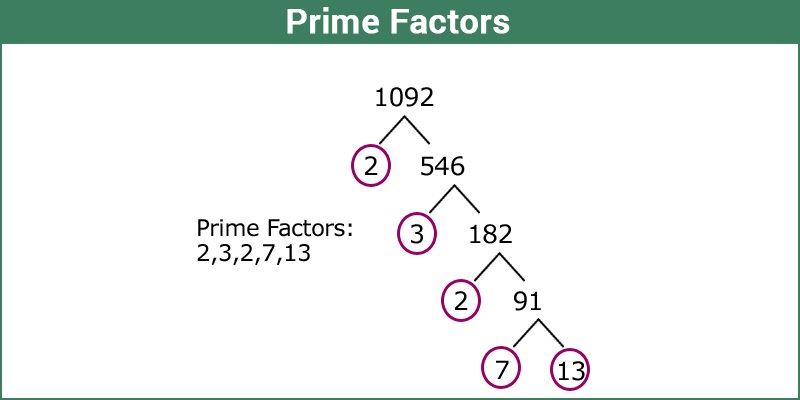 Any number can be written in the form of multiplication of their prime factors. This is known as Prime Factorization.

Prime factors can also be understood in terms of the factor tree. Imagine the number as the top of a tree and proceed by creating branches that represent different factors of it. 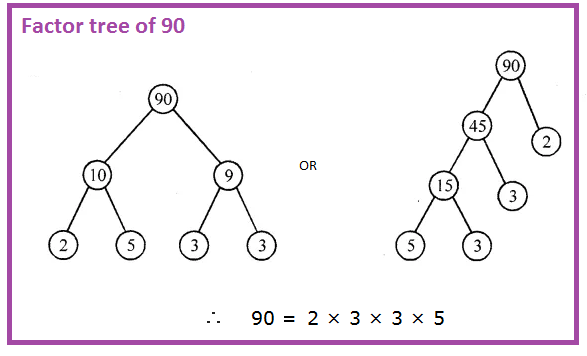 As shown in the above example, numbers can be categorized into various ways. You are already familiar with Whole numbers, decimal numbers, and fractions; but there are other special characteristics of numbers, which may be useful to consider as well. Numbers might be classified as even or odd, as perfect squares, as repeating or non-repeating decimals.

The other method to find the prime factors of a number apart from the factor tree is the short division method.

Let us find the prime factors of 60 using this method.

Short division method is also useful to find the Least Common Multiple of given numbers.

Example- Find all the prime factors of 627.

Solution- Creating a factor tree, we have;