A sphere is a three-dimensional object that is round in shape. The sphere is defined in three axes, i.e., x-axis, y-axis and z-axis. This is the main difference between circle and sphere.

As discussed in the introduction, sphere is a geometrical round shape in three-dimensional space. It is three dimensional solid, that has surface area and volume. Just like a circle, each point of the sphere is at a equal distance from the center. 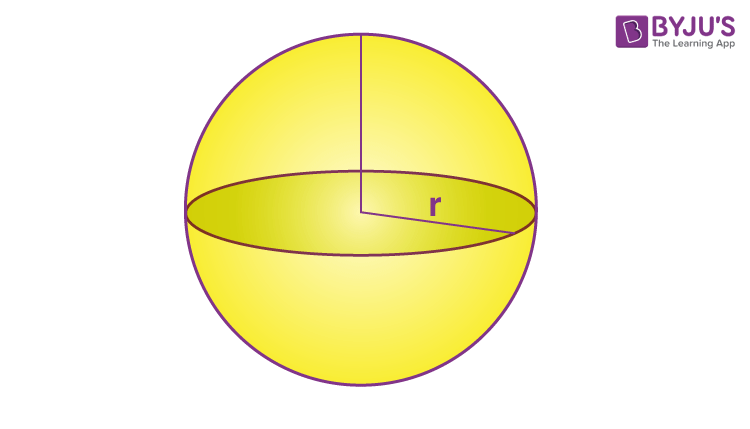 In the above figure, we can see, a sphere with radius ‘r’.

Unlike circle, which is a plane shape or flat shape, defined in XY plane, a sphere is defined in three dimensions, i.e. x-axis, y-axis and z-axis.

The shape of a sphere is round and it does not have any faces. Sphere is a geometrical three dimensional solid having curved surface. Like other solids, such as cube, cuboid, cone and cylinder, a sphere does not have any flat surface or a vertex or an edge.

The real-life examples of sphere is:

Equation of a Sphere

Properties of a sphere

The important properties of the sphere are given below. These are also called attributes of sphere.

The common formulas of the sphere are:

Surface Area of a Sphere

Where “r” is the radius of the sphere.

Volume of a Sphere

The amount of space occupied by the object three-dimensional object called a sphere is known as the volume of the sphere. 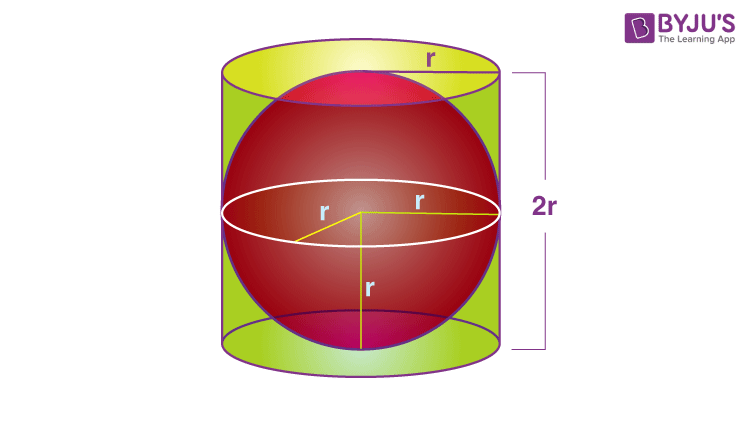 According to the Archimedes Principle, the volume of a sphere is given as,

Find the volume of the sphere that has a diameter of 10 cm?

To find the volume:

The Surface Area of a Sphere(SA) = 4πr2 Square units

Therefore, the surface area of a sphere = 616 square units.

Register with BYJU’S – The Learning App to learn about other three-dimensional shapes also watch interactive videos to learn with ease.

What is a sphere?

How many sides a sphere have?

A sphere does not have any sides, since it is round shaped object. It has curved surface and not a flat surface.

Is sphere a circle?

A hemisphere is exactly half of a sphere. It has a curved surface and a flat surface.

What are the characteristics of a sphere?

A sphere is symmetrical, round in shape. It is a three dimensional solid, that has all its surface points at equal distances from the center. It has surface area and volume based on its radius. It does not have any faces, corners or edges.

What are the examples of sphere?

Football, Basketball, Globe, Planets, etc. are the examples of sphere.

What is surface area and volume of sphere?