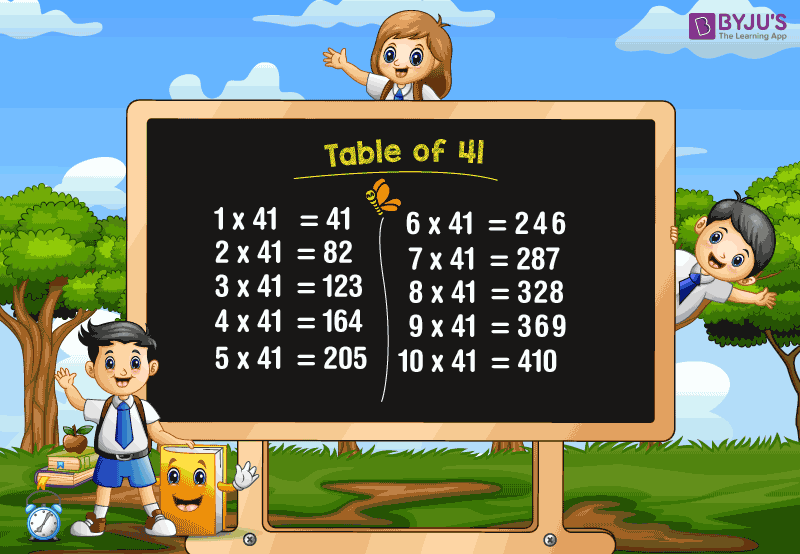 Forty-one or 41 times a number represents that 41 is repeatedly added as many times as required. For example, 41 times 5 means 41 has been added to itself five times.

Here, we can observe the repeated addition of 41 for 5 times.

Similarly, we can find the other multiples of 41. The below table shows the multiplication of forty-one with different numbers, i.e. from 1 to 20.

Read the forty-one times table from 1 to 10 here.