Table of 45 is a Maths multiplication table for the number forty-five (45) and memorising this table helps in solving numerical problems based on multiplication, division and square roots. Students who are preparing for competitive exams are advised to learn these Tables from 1 to 100 so that they can save the time of simplifications. 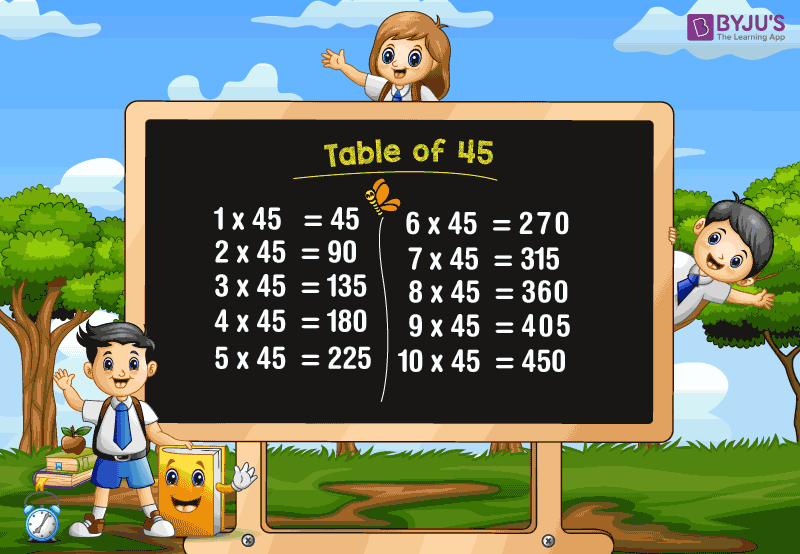 The table of 45 can be defined using the repeated addition of 45. For example, a group of students sat around 45 tables so that each table was surrounded by 4 students. In this case, the total number of students can be calculated using the multiplication table.

That means, each of the 45 tables surrounded by 4 students.

Hence, we can get all the multiples of 45 as explained above. However, the table of multiplication of forty-five from 1 to 20 is given below.

Read the forty-five times table from 1 to 10 as given below.