The Table of 47 or a maths multiplication table of forty-seven (47) is given here along with chart and PDF. Students can access this table to solve the multiplication and division problems easily. Get all the Tables from 1 to 100 here. Memorization of tables helps in time saving while attempting the time-based exams. 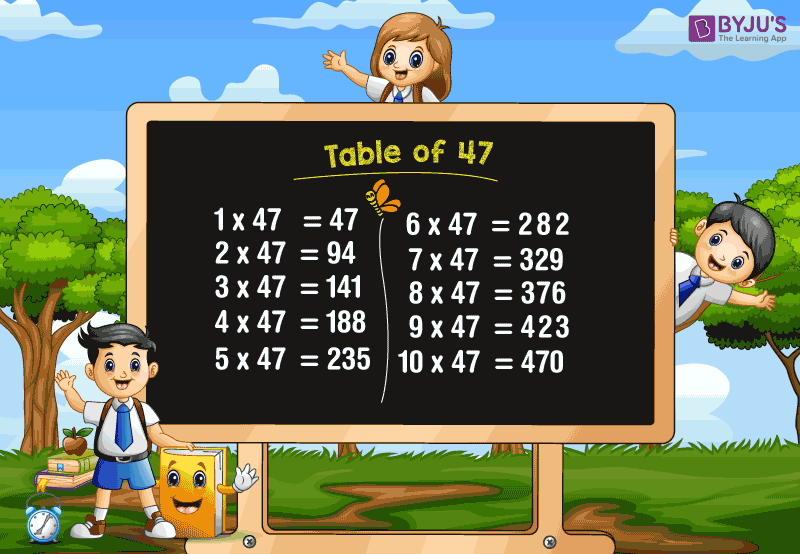 The table of 47 is the multiplication of 47 with counting numbers and it can also be written using repeated addition of the number itself, i.e. 47.

Chiku wants to distribute candies to his 47 classmates. If he decided to give 5 each, then how many candies would he need?

Similarly, one can calculate all the multiples of 47. Let’s have a look at the table of multiplication of forty-seven from 1 to 20 given below.

How to Read the Table of 47

Keep visiting www.byjus.com and download BYJU’S – The Learning App to learn maths concepts in an easy and engaging way.