Presenting 100% accurate NCERT Solutions for Class 6 English Unit 1 – A Tale Of Two Birds of the Supplementary Reader – A Pact with the Sun available at BYJU’S for free download. These solutions will help students to prepare well and score good marks in the English exam. The NCERT Solutions of Class 6 English have been solved by our team of expert teachers in order to provide the best-in-class solutions for Class 6 students.

The story, “A Tale Of Two Birds” is about two birds who are separated from each other due to a storm and find different homes. One bird grows up with a group of robbers and acts like them, whereas the other bird stays with a hermit and becomes polite and gentle in nature. This chapter imparts an important life lesson to students that one’s company or association with a particular group shapes and determines one’s mannerisms, personality and behaviour towards others.

You can download these NCERT Solutions for Class 6 English in PDF format through the link provided below. 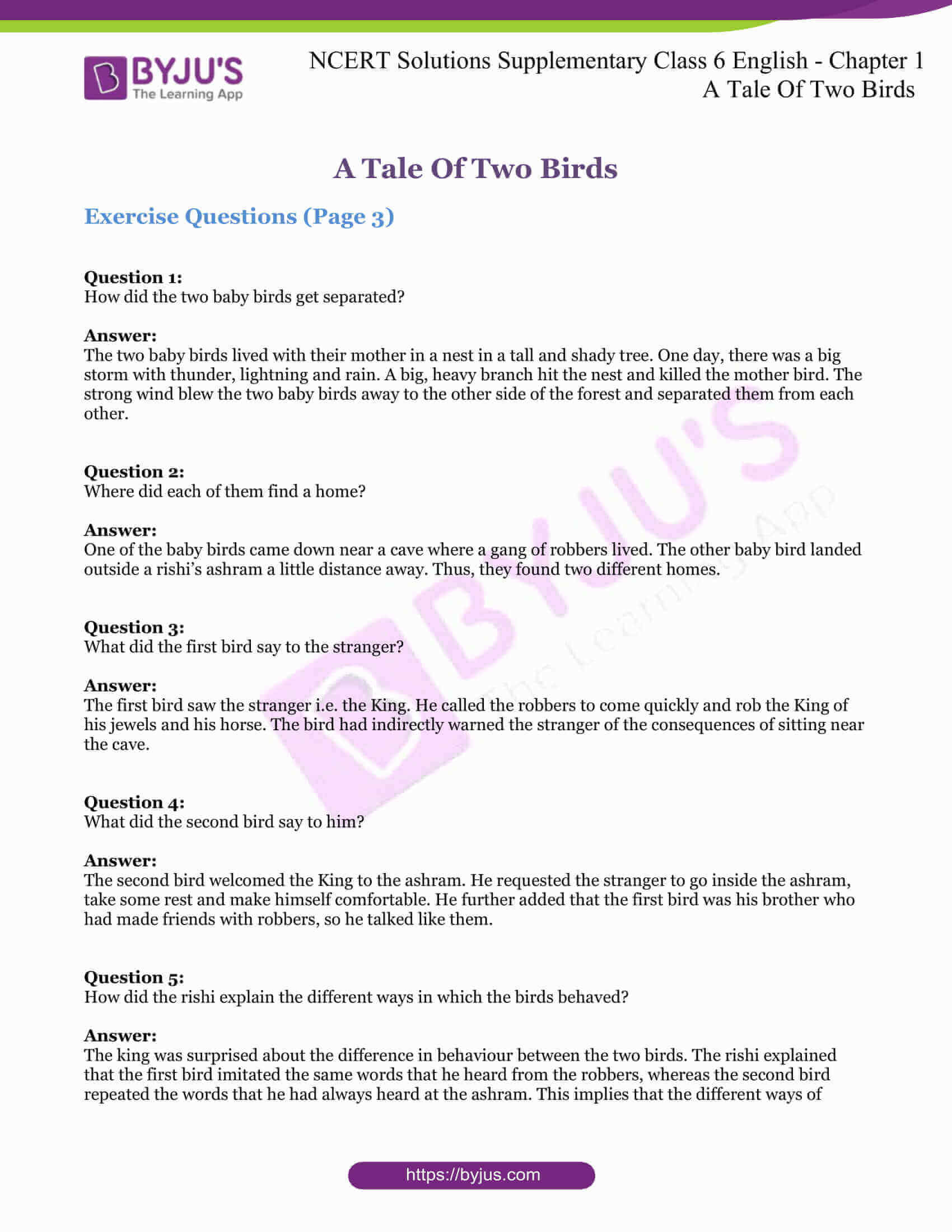 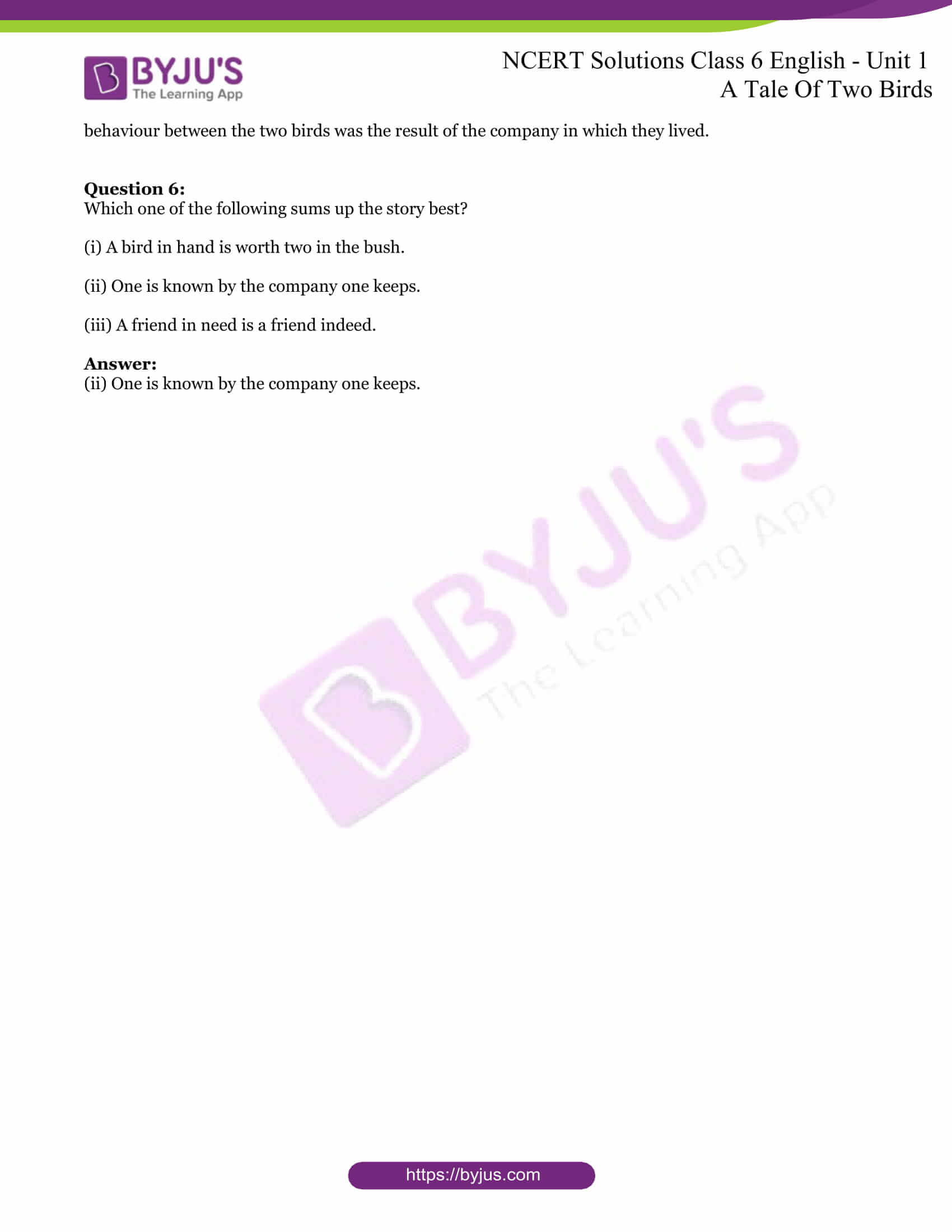 A Tale Of Two Birds

How did the two baby birds get separated?

The two baby birds lived with their mother in a nest in a tall and shady tree. One day, there was a big storm with thunder, lightning and rain. A big, heavy branch hit the nest and killed the mother bird. The strong wind blew the two baby birds away to the other side of the forest and separated them from each other.

Where did each of them find a home?

One of the baby birds came down near a cave where a gang of robbers lived. The other baby bird landed outside a rishi’s ashram a little distance away. Thus, they found two different homes.

What did the first bird say to the stranger?

The first bird saw the stranger i.e. the King. He called the robbers to come quickly and rob the King of his jewels and his horse. The bird had indirectly warned the stranger of the consequences of sitting near the cave.

What did the second bird say to him?

The second bird welcomed the King to the ashram. He requested the stranger to go inside the ashram, take some rest and make himself comfortable. He further added that the first bird was his brother who had made friends with robbers, so he talked like them.

How did the rishi explain the different ways in which the birds behaved?

The king was surprised about the difference in behaviour between the two birds. The rishi explained that the first bird imitated the same words that he heard from the robbers, whereas the second bird repeated the words that he had always heard at the ashram. This implies that the different ways of behaviour between the two birds was the result of the company in which they lived.

Which one of the following sums up the story best?

(i) A bird in hand is worth two in the bush.

(ii) One is known by the company one keeps.

(iii) A friend in need is a friend indeed.

(ii) One is known by the company one keeps.