NCERT Solutions for Class 9 Civics Chapter 1 What is Democracy? Why is Democracy? provides students a clear knowledge of the democratic practices in our country. You have already read about different forms of government in previous classes. This chapter will provide you with a clear picture of what democracy is and why we need democracy. By answering the questions of the exercise, you will be able to understand this topic in a better way. So, to help you, we have provided the NCERT Solutions For Class 9 Civics Social Science Chapter 1: What is Democracy? Why is Democracy? These answers are created by subject experts. 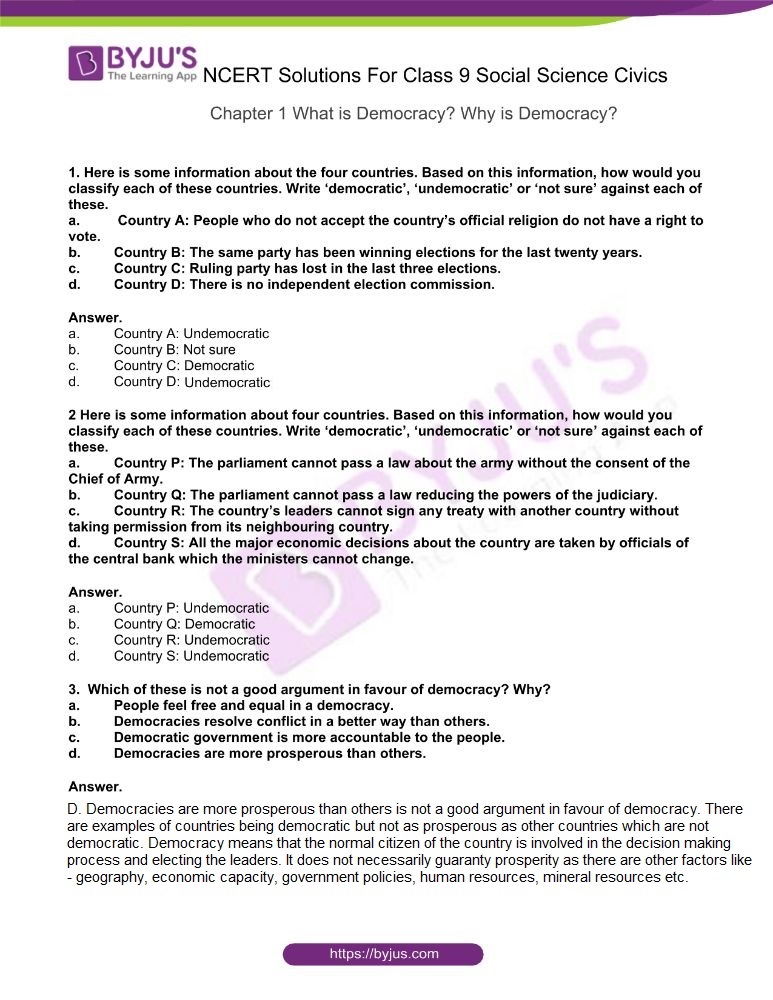 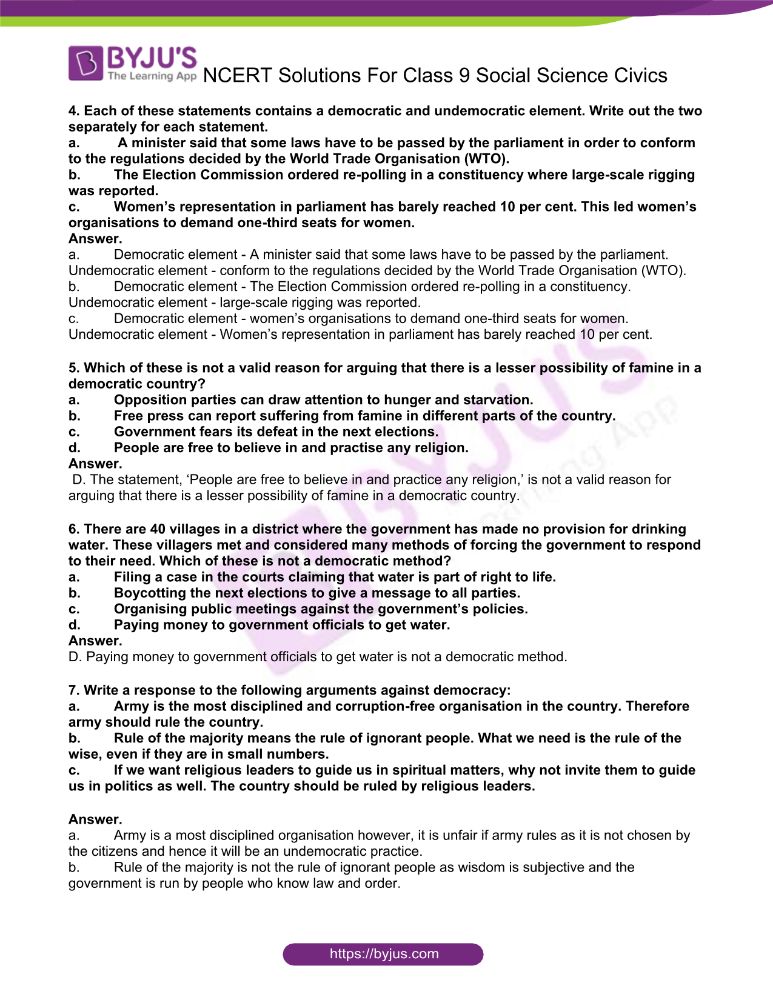 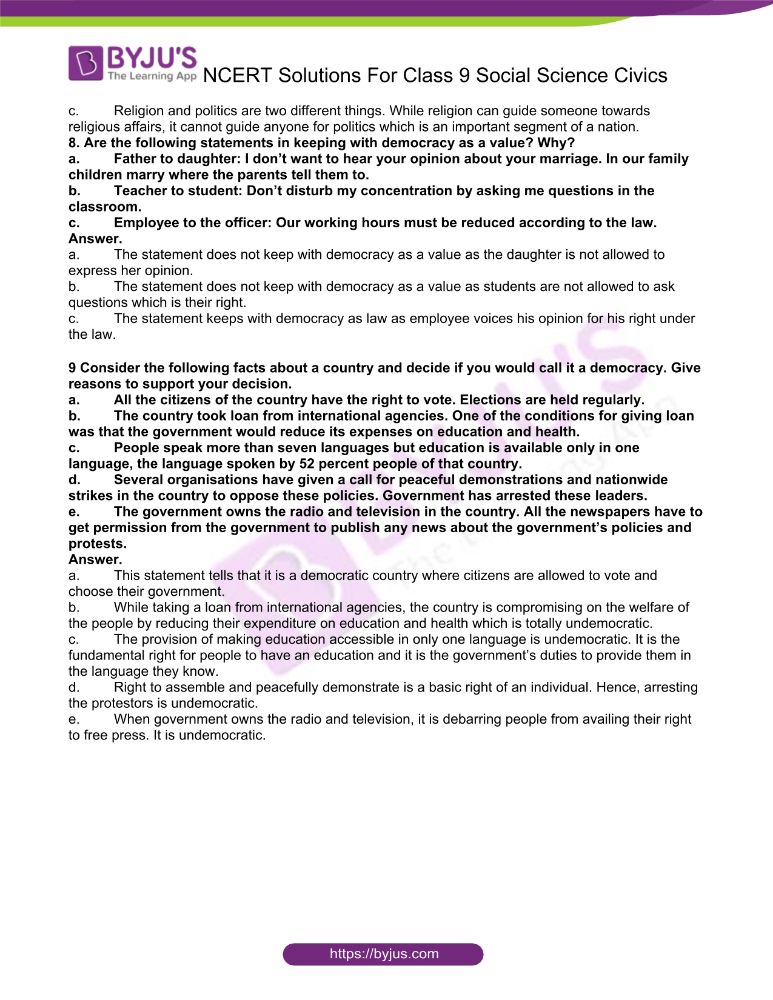 3. Which of these is not a good argument in favour of democracy? Why?

D. Democracies are more prosperous than others is not a good argument in favour of democracy. There are examples of countries being democratic but not as prosperous as other countries which are not democratic. Democracy means that the normal citizen of the country is involved in the decision making process and electing the leaders. It does not necessarily guaranty prosperity as there are other factors like – geography, economic capacity, government policies, human resources, mineral resources etc.

4. Each of these statements contains a democratic and undemocratic element. Write out the two separately for each statement.

5. Which of these is not a valid reason for arguing that there is a lesser possibility of famine in a democratic country?

D. The statement, ‘People are free to believe in and practice any religion,’ is not a valid reason for arguing that there is a lesser possibility of famine in a democratic country.

6. There are 40 villages in a district where the government has made no provision for drinking water. These villagers met and considered many methods of forcing the government to respond to their need. Which of these is not a democratic method?

D. Paying money to government officials to get water is not a democratic method.

7. Write a response to the following arguments against democracy:

8. Are the following statements in keeping with democracy as a value? Why?

9. Consider the following facts about a country and decide if you would call it a democracy. Give reasons to support your decision.

Apart from this chapter, the full set of NCERT Solutions for Class 9 Social Science is also provided for your CBSE exam preparation.

Why should we download NCERT Solutions for Class 9 Political Science Chapter 1?

The presentation of each solution in the Chapter 1 of NCERT Solutions for Class 9 Political Science is described in a unique way by the BYJU’S experts in Social Science. The solutions are explained in understandable language which improves grasping abilities among students. To score good marks, practising NCERT Solutions for Class 9 Political Science can help to a great extent. This chapter can be used as a model of reference by the students to improve their conceptual knowledge and understand the different ways used to solve the problems.

Yes, BYJU’S website provides answers to NCERT Solutions for Class 9 Political Science Chapter 1 in step by step manner. This makes the students to learn all the concepts in detail and also they can clear their doubts as well. Regular practising makes them score high in Political Science CBSE exams.

Give an overview of concepts present in NCERT Solutions for Class 9 Political Science Chapter 1.