Learn the top 10, most important questions on Chapter 13 Photosynthesis in higher plants, important for students preparing for NEET 2020. These questions have appeared in the previous years’ NEET question papers. 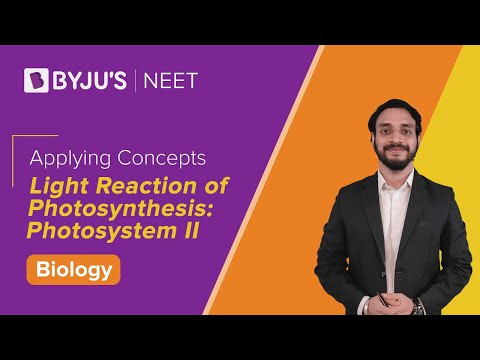 1. With reference to factors affecting the rate of photosynthesis, which of the following statements is incorrect? (NEET 2017)

A. light saturation for CO2 fixation occurs at 10% of full sunlight

B. tomato is a greenhouse crop which can be grown in CO2 – enriched atmosphere for higher yield

2. Water vapor comes out from plant leaf through the stomatal opening. Through the same stomatal opening, carbon dioxide diffuses into the plant during photosynthesis. Reason out the above statements using one of the following options. (NEET – I 2016)

A. Both processes can happen together because the diffusion coefficient of water and CO2 is different

B. Both processes cannot happen simultaneously

C. One process occurs during day time and the other at night

D. The above processes happen only during night time

4. Emerson’s enhancement effect and Red drop have been instrumental in the discovery of (NEET – I 2016)

II. Stamens in flowers of Gloriosa and Petunia are polyandrous

III. In dicot stems, a new cambium originates from cells of pericycle at the time of secondary growth

How many of the above statements are true?

A. thick walls, many intercellular spaces and few chloroplasts

B. thin walls, no intercellular spaces, and several chloroplasts

C. thin walls, many intercellular spaces, and no chloroplasts

8. PGA as the first CO2 fixation product was discovered in the photosynthesis of (2010)

9. Kranz anatomy is one of the characteristics of the leaves of (Mains 2010)

10. Electrons from excited chlorophyll molecule of photosystem II are accepted first by

Find other content, important for NEET preparation, at BYJU’S.