Plasmids are extrachromosomal DNA molecules. They are small, circular and have an ability to replicate autonomously. Replication of plasmid is not under the control of chromosomal DNA. They are mostly found in bacteria. Some of the eukaryotes like yeast and plants also contain plasmids.

Their ability to replicate independently makes plasmid a cloning vector in the recombinant DNA technology for transferring and manipulating genes.

Many antibiotic-resistant genes in bacteria are present in plasmids.

The size of plasmid varies from a few base pairs to thousands of bp.

Plasmids also get transferred from one bacterial cell to another by the process of conjugation.

Plasmids carrying a specific gene are introduced into bacterial cells, which multiply rapidly and the required DNA fragment is produced in larger quantities.

Plasmids are used to prepare a recombinant DNA with the desired gene to transfer genes from one organism to another. This is known as genetic engineering. 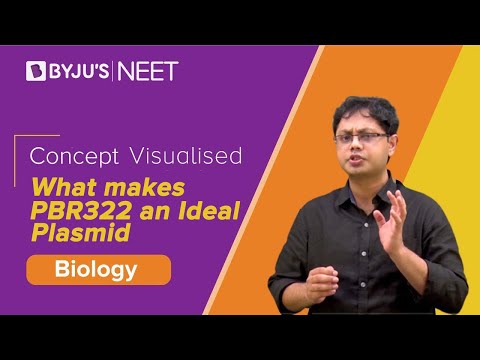 Plasmids and bacteriophages are frequently used as a cloning vector in the DNA recombinant technology.

The main characteristics of pBR322 are:

Different antibiotic resistance genes act as a restriction site and to ligate foreign DNA and for the selection of transformants. The gene, where the foreign DNA is inserted becomes inactive.

Alternative selectable marker: Mostly these have an ability to produce some colour after reacting with a chromogenic substance. The alternative markers are used for the ease of differentiating recombinants from non-recombinants, e.g. gene coding for β-galactosidase. 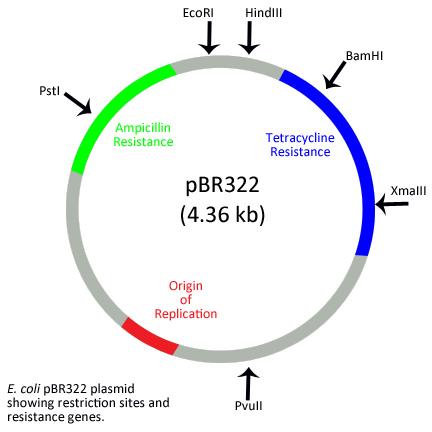 The Tumour inducing or Ti plasmid is present in the bacterium Agrobacterium tumifaciens.

It is widely used now as a cloning vector to deliver desirable genes to the host plant to get transgenic plants. The main characteristics of Ti plasmid are: 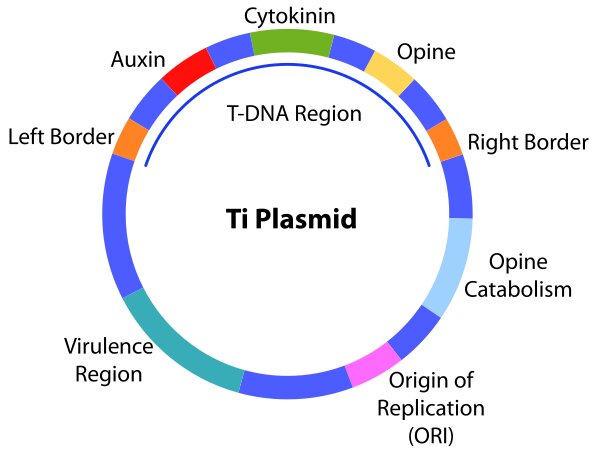 Learn more about various concepts in biotechnology related to NEET only at BYJU’S.

Test your Knowledge on Plasmid!
Q5