Lenses of different focal lengths are used for various optical instruments. The focal length of a lens depends upon the refractive index of the material of the lens and the radii of curvatures of the two surfaces. The derivation of lens maker formula is provided here so that aspirants can understand the concept more effectively. Lens manufacturers commonly use the lens maker formula for manufacturing lenses of the desired focal length.

The following assumptions are taken for the derivation of lens maker formula.

The complete derivation of lens maker formula is described below. Using the formula for refraction at a single spherical surface we can say that,

For the first surface,

For the second surface, 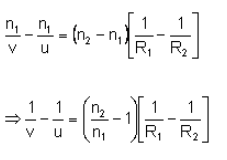 Therefore, we can say that,

Where μ is the refractive index of the material. 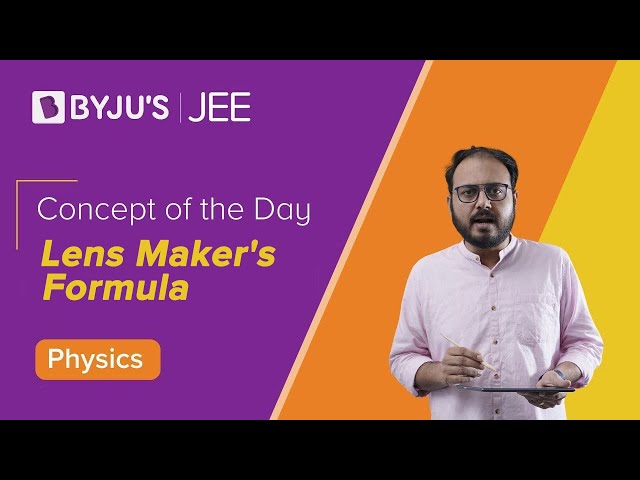 Limitations of the lens maker’s formula

Stay tuned with BYJU’S and learn more about the derivation of various formulas.