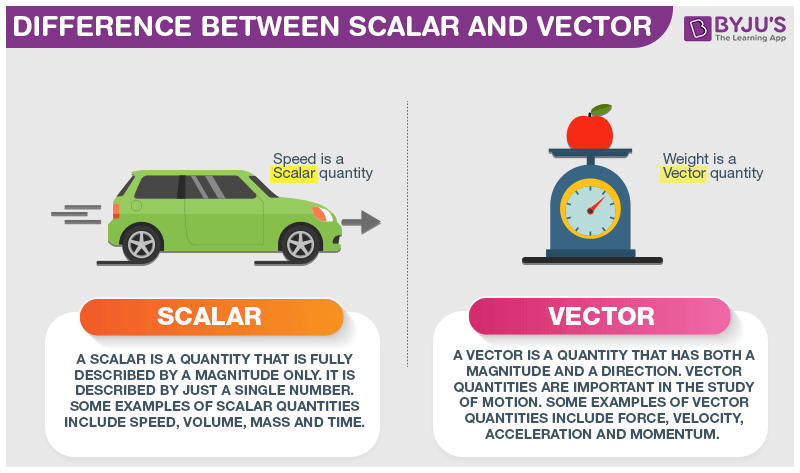 Usually, both these terms sound the same, but there is a difference between scalar and vector quantities. Both these quantities are used to represent the motion of an object.

These were some difference between scalar and vector. If you wish to find out more, download BYJU’S – The Learning App.
RELATED ARTICLES:

Test your knowledge on Scalar and vector differences
Q5