Drag force is the resistance force of fluid, the force that counterattacks or resists the motion of a body in a fluid. This article will discuss the concept of drag coefficient in detail.

What is Drag Force?

The resistance force of fluid is known as drag force; this force always acts opposite to the motion of an object which is moving submerged in a certain fluid. Therefore, drag force can also be defined as the force that counterattacks or resists the motion of a body in a fluid. The fundamental nature of drag force is to act in the opposite direction of the flow velocity.

Air resistance can be considered as an example of the drag force because it always resists the terminal speed of an object falling from a certain height.

Drag force is also of reactive nature, similar to kinetic friction because it points in the opposite direction to the motion of the object through the fluid, and it only exists when the object is moving.

Drag force can be divided into two types that are skin drag and form drag. When fluids are being pushed out of the way by an object in motion, then the resistance produced is known as form drag through the fluid. Whereas, skin drag is basically caused by the sliding of the fluid along the surface of the moving object, and it is a kinetic frictional force.

The value of drag force is directly proportional to the density of fluid, square of the velocity, cross-section area and the drag coefficient:

The Formula for Drag Force

What is the Drag Coefficient?

When an object moves through a fluid, then to compute its resistance, the coefficient used is known as the Drag coefficient, denoted by Cd. The coefficient of drag is dimensionless, which is helpful in calculating aerodynamic drag and the impact of shape, inclination and conditions of flow in aerodynamics.

To understand this, you can visualise an object of a teardrop shape; the object will have a low value of Cd, approximately 0.06, due to which and as the air flows around it, it remains attached. On the other hand, a large impact of turbulent air will be created by a plane and flat surface that is perpendicular to the airflow; this will result in a higher value of Cd.

How are drag coefficients calculated?

To calculate the aerodynamic or hydrodynamic force on an object, drag coefficients are used, and this is given by the drag equation below:

A denotes the frontal area (m²)

However, it’s significant to remember that the drag coefficient fluctuates with the Reynolds number. The Reynolds number is the fraction (ratio) between the inertial forces and the viscous forces of fluid, and it is another dimensionless quantity. It fundamentally describes the change in behaviour of air with pressure, velocity, temperature, and the type of fluid. 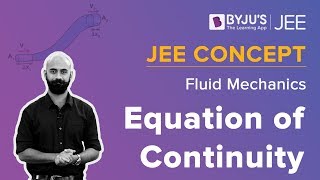 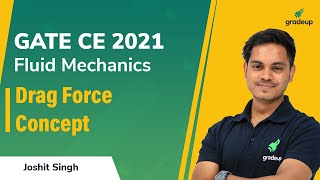 How are drag coefficients used?

Irrespective of the size or velocity of an object, drag coefficients allow aerodynamicists to analyse its aerodynamic efficiency. This means that you can make a comparison of the aerodynamics of a car racer with a building. Even though they are very different, they both have a normalised drag coefficient.

Throughout the design process, drag coefficients play a major role in determining which design has the highest performance. You can do this by ranking the designs in the order of drag coefficient. Inspiration can be drawn from other aerodynamic shapes with low drag coefficients irrespective of the industry they come from. Inspired by the hydrodynamics of a fish, Mercedes once designed a road car. So, whether you are helping a biker attain a top speed or developing a drone that can fly as far as possible on a single charge, your objective will be to reduce the drag coefficient.

What is the drag coefficient?

When an object moves through a fluid, then to compute its resistance, the coefficient used is known as the Drag coefficient, denoted by Cd.

What is drag force?

The resistance force of fluid is known as drag force; this force always acts opposite to the motion of an object which is moving submerged in a certain fluid.

What is kinetic friction?

The force acting between two moving surfaces is known as kinetic friction.

What is static friction?

The friction present between two or more objects that are not moving with respect to each other is known as static friction.

What is the formula of drag force?

Stay tuned to BYJU’S for more such interesting and informative articles. Also, register to “BYJU’S – The Learning App” for loads of interactive, engaging Physics-related videos and unlimited academic assistance.