The atmosphere acts as a barrier to protect the earth from harmful UV (Ultra Violet) rays and lets in moderate sunlight. UV radiations are harmful radiations and are the prime cause of sunburns. There are five layers of the atmosphere; they are: 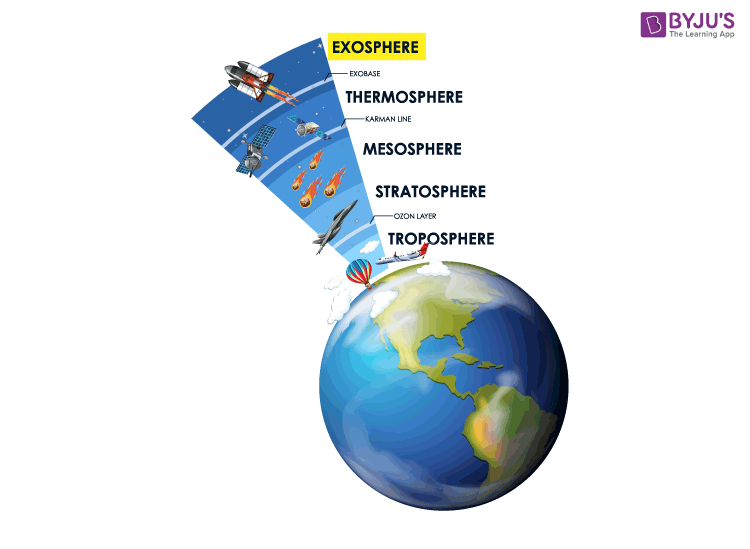 Composition and Features of the Exosphere

The outermost layer of the atmosphere and the layer above the thermosphere is the exosphere. Exosphere is derived from the Greek word, where ‘exo’ means outer or external. The region where the exosphere ends, space begins. The Exosphere gradually merges and fades into the vacuum of space.

Air density in this region is extremely thin as hydrogen is the most commonly found gas in the atmosphere. By nature, hydrogen is the lightest element on the earth. The layer below the exosphere witnesses molecules and atoms of atmospheric gases that constantly collide with each other. Along with hydrogen various gases like carbon dioxide, oxygen, and helium are present in the exosphere.

The video below lets you know about the air and atmosphere 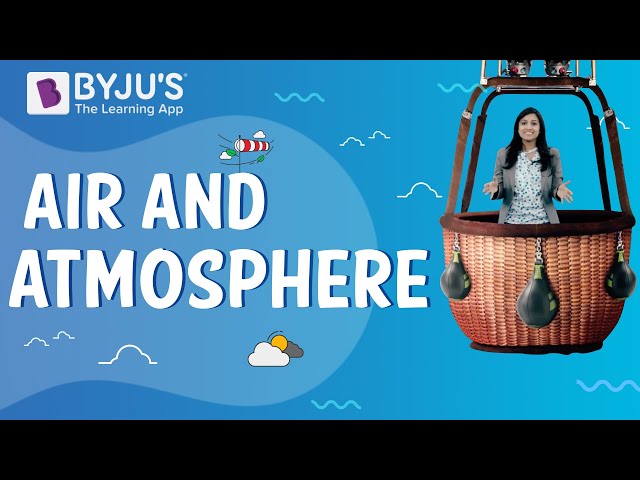 1. Which is the last layer of the atmosphere?

It is the upper boundary of the exosphere.

5. Which is the lowest layer of the earth’s atmosphere?