Many significant activities in nature take place around us and are unnoticed. Emission and absorption are some of the phenomena that go unnoticed when it takes place in the atom. Radioactivity is one such property of the matter where the emission of energetic subatomic particles takes place spontaneously. In this article, let us learn more about what is radioactivity.

Due to nuclear instability, an atom’s nucleus exhibits the phenomenon of Radioactivity. Energy is lost due to radiation that is emitted out of the unstable nucleus of an atom. Two forces, namely the force of repulsion that is electrostatic and the powerful forces of attraction of the nucleus keep the nucleus together. These two forces are considered extremely strong in the natural environment. The chance of encountering instability increases as the size of the nucleus increases because the mass of the nucleus becomes a lot when concentrated. That’s the reason why atoms of Plutonium, Uranium are extremely unstable and undergo the phenomenon of radioactivity.

Henry Becquerel discovered radioactivity by accident. A Uranium compound was placed in a drawer containing photographic plates, wrapped in a black paper. When the plates were examined later it was found that they were exposed! This exposure gave rise to the concept of Radioactive decay. Radioactivity can be seen in such forms

Following are the three radioactive radiations that are obtained from α, β, and γ rays:

Curie and Rutherford are the units of radioactivity.

Alpha decay is a type of radioactive decay where the unstable atomic nuclei emit a helium nucleus (alpha particle) and in the process transforms into another more stable element. The particle ejected out, the alpha particle, consists of four nucleons, and they are two neutrons and two protons. Alpha radiation reduces the ratio of protons to neutrons in the parent nucleus, bringing it to a more stable configuration. An alpha particle is identical to the nucleus of a helium atom. The first observations and investigation into alpha decay were made by Ernest Rutherford, who used alpha particles in his gold foil scattering experiment. As the alpha particle; made of two protons and neutron; exits the nucleus, the atomic number of the radioactive sample changes. The element left behind after alpha decay is two atomic numbers lesser and four mass numbers lower. For example, Uranium 238 92 decays to form Thorium23490.

Thus, the transformation of a nucleus in an alpha decay can be written as;

Alpha decay occurs only in the heaviest of the elements. The nucleus of the element should be large or unstable enough to undergo spontaneous fission-type changes. It is the most common form of decay in such elements. The alpha particles emitted out of the nucleus usually have an energy level of around 5 MeV and have a speed of around 5% of light. It is important to note that alpha particles possess a charge of +2 due to the absence of electrons. Due to this charge and owing to its heavy mass, an alpha particle reacts with the surroundings vigorously to lose all of its energy almost immediately. Their forward motion can be stopped by a few centimeters of air.

Owing to their heaviness and their charge, this kind of radioactive decay reacts most violently with the human body. They have a high ionizing power due to which they can wreak havoc with a tissue. An overdose of alpha radiation results in the formation of blisters and burns on the victim’s bodies.

Some radioactivity uses are provided in the points below. 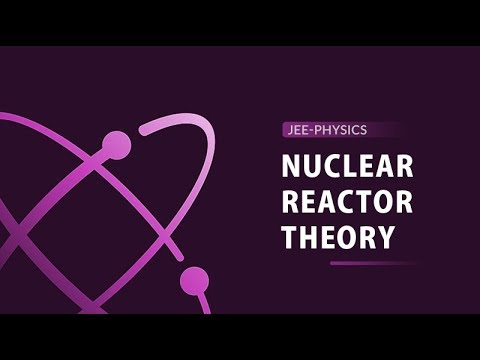 Advantages and Disadvantages of Radioactivity

Advantages of radioactivity are:

Disadvantages of radioactivity are:

In this article, you learned what is radioactivity. Want to know more? Join BYJU’S and fall in love with learning. Also, register to “BYJU’S – The Learning App” for loads of interactive, engaging Physics-related videos and an unlimited academic assist.

What is meant by the half-life of an isotope?

The half-life of an isotope is the average time it takes for half of the atoms to decay.

Following are a few uses of radioactivity:

Radioactivity is a phenomenon exhibited by a few matters of emitting energy and subatomic particles spontaneously. Radioactivity is due to the nuclear instability of an atom.

What is the relationship between Curie and Rutherford?