Alpha decay is a nuclear decay process where an unstable nucleus changes to another element by shooting out a particle composed of two protons and two neutrons. This ejected particle is known as an alpha particle. Ernest Rutherford distinguished alpha decay from other forms of radiation by studying the deflection of the radiation through a magnetic field. The deflection of alpha decay would be a positive charge as the particles have a +2e charge. In this article, you will study alpha decay in detail.

What is Alpha Decay?

In α-decay, the mass number of the product nucleus (daughter nucleus) is four less than that of the decaying nucleus (parent nucleus), while the atomic number decreases by two. In general, the alpha decay equation is represented as follows: 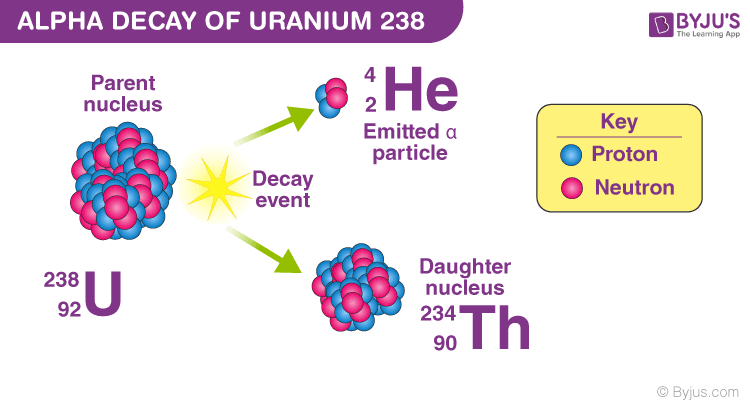 Other examples of alpha decay include:

What happens in Alpha Decay?

In alpha decay, the nucleus emits an alpha particle or a helium nucleus. Alpha decay occurs in massive nuclei that have a large proton to neutron ratio. Alpha radiation minimizes the protons to neutrons ratio in the parent nucleus, thereby bringing it to a more stable configuration.

As an example, let us consider the decay of 210Po by the emission of an alpha particle.

As per this rule, short-lived isotopes emit more energetic alpha particles than long-lived ones. This law was stated by Hans Geiger and John Mitchell Nuttall in the year 1911, hence the name was dedicated to these physicists.

What is the atomic mass number of the emitted Alpha particle?

The atomic mass number of the emitted Alpha particle is four.

How many protons are present in the alpha particle?

Two protons are present in the alpha particle.

How many neutrons are present in the alpha particle?

Two neutrons are present in the alpha particle.

What is the penetration depth of an Alpha particle?

The penetration power of Alpha rays is low. Generally few centimetres of air or by the skin.

What is the polarity of charge of the Alpha Particle?

What is the average Kinetic Energy of the emitted Alpha Particle?

The average Kinetic energy of the emitted Alpha particle is approximately 5MeV.

What is the velocity of the Alpha particle?

The average velocity of the emitted Alpha particle is in the vicinity of 5% of that of c.

The spontaneous decay or breakdown of an atomic nucleus is known as Radioactive Decay. This decay in a nucleus causes the release of energy and matter from the nucleus.

The most common forms of Radioactive decay are:

The articles on these concepts are given below in the table for your reference:

Watch the video and understand the three rules of electronic configuration! 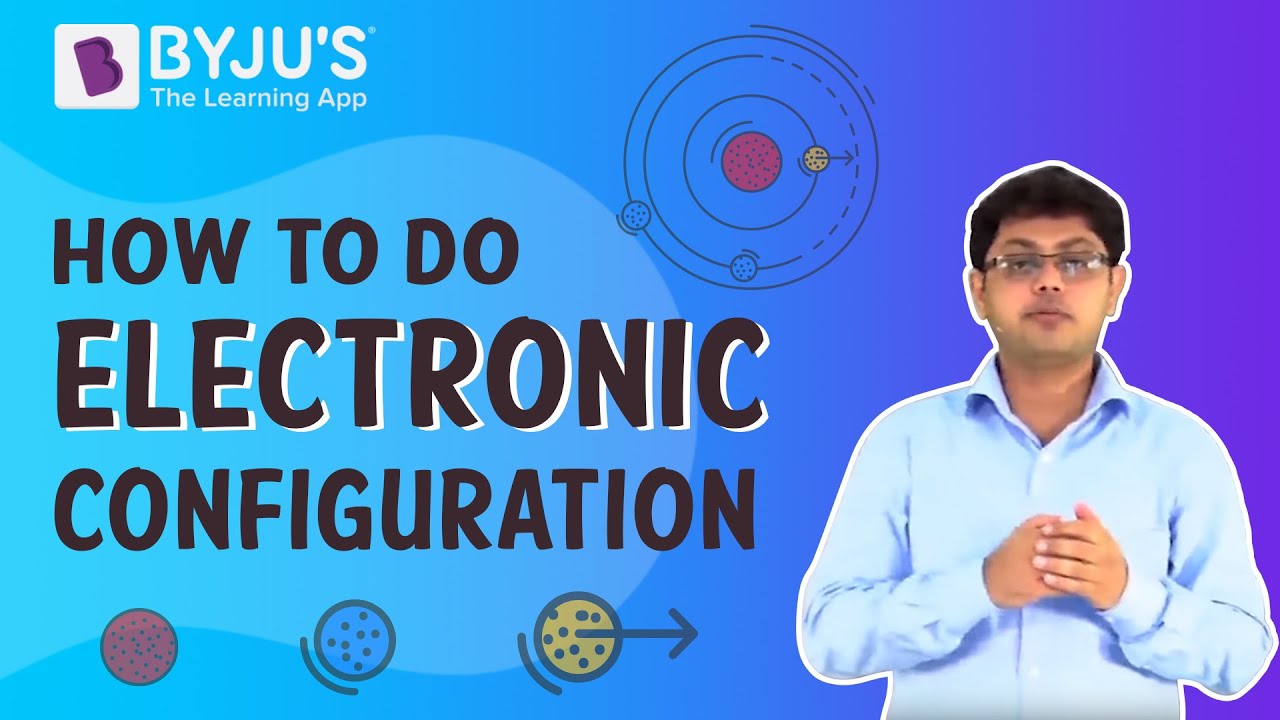