Radioactivity can be defined as a particle where the nuclei emit it as a result of nuclear reactivity. It is caused due to the inner conflict between the 2 strongest forces in nature. Several unstable nuclear isotopes emit radiation. Radioactive decay is a random process in a single atom level. According to quantum theory, it’s hard to predict exactly when a particular atom will decay.

Some common types of radioactive decays are stated below.

What is Gamma Decay?

Gamma decay is the emission of electromagnetic radiation of an extremely high frequency i.e. very high energy, giving out excess energy in order to stabilize the unstable nucleus. You must be quite familiar with the various energy levels in an atom. The Nucleus has its own energy levels. Gamma decay is the nucleus’s way of dropping from a higher energy level to a lower energy level through the emission of high energy photons. The energy level transition energies in the atom are in the order of MeV. Therefore, the gamma-ray emitted is also of very high energy of the order of MeV, just like x-rays. The gamma rays emitted can be differentiated from x-rays only by the fact that gamma rays come from the nucleus. Due to their high energy, they are extremely penetrating and thereby dangerous to biological life forms.

Here we will speak a little further about the distinction between an x-ray and a gamma-ray. X-rays are emitted by electrons (either in the orbits or in outside applications like particle accelerators, synchrotrons radiation, etc) whereas gamma rays are emitted by the nucleus, particle decay, or annihilation reactions.

Unlike, alpha decay and beta decay, the parent nucleus does not undergo any physical change in the process, daughter and parent nuclei are the same. Most of the time, gamma decay occurs after the radioactive nuclei have undergone an alpha or a beta decay. The alpha and beta decays leave the daughter nuclei in an excited state. From the excited state, the daughter nuclei can get back to the ground state by emitting one or more high energy gamma rays. Let’s look at an example:

The image above shows the path taken by 60Cobalt to move from an excited state to a non-excited state. The beta decay can leave it at either one of the two energy levels. The percentages mentioned next to the beta symbol is the probability of nuclei choosing either of the two paths. Beta-decay followed by gamma decay.

Sources of gamma rays other than radioactive decay include terrestrial thunderstorms and lightning, from celestial bodies such as pulsars, quasars, distant galaxies, gamma-ray bursts in space and collapse of a star into a black hole known as a hypernova aka super-luminous supernova. Hypernovae events result in bursts of long-duration gamma-ray emissions. These emissions produce a total energy output of about 1044 Joules (as much energy as our Sun will produce in an entire lifetime) in a span of 20-40 seconds.

Gamma rays cause damage on a cellular level and due to their penetrating nature, they can diffuse this damage through the entire body. However, gamma rays are less ionizing that alpha or beta hence the severity is lesser but penetration is more.

Some of the most energetic phenomena in the universe occurs through gamma rays. We cannot witness these events without a gamma-ray detector. To address this, scientists have created a satellite called Fermi Gamma-ray Space Telescope that provides an unparalleled view of the universe. Gamma-ray sensors are also used in the food packaging and chemical industry to measure density, thickness, and composition. Gamma rays are used to treat certain types of cancer where the high energy gamma beams are irradiated on the cancerous cells to kill them.

Hope you have understood in detail the gamma decay, the source and the application of gamma rays. Stay tuned with BYJU’S to learn various science and math concepts.

The video on nuclei and radioactivity questions 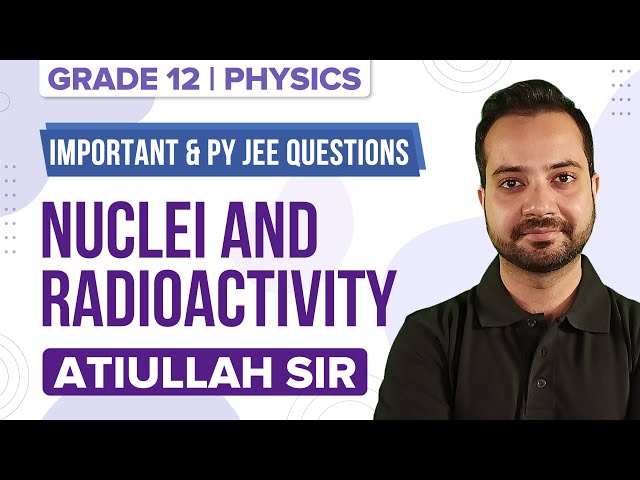 Radioactivity is defined as the phenomena in which an unstable atomic nucleus loses energy by radiation.

What are the types of radioactive decays?

The following are the types of radioactive decays:

Gamma decay is the emission of electromagnetic radiation of an extremely high frequency i.e. very high energy, giving out excess energy in order to stabilize the unstable nucleus.

Some applications of gamma-ray sensors are:
Test your knowledge on Radioactivity Gamma Decay
Q5