The terms velocity and speed give us an idea of how fast or slow an object is moving. Quite often, we come across situations where we need to identify which of the two or more objects is moving faster. One can easily tell the faster of the two if they are moving in the same direction on the same road. However, if their direction of motion is in the opposite direction, then it is difficult to determine the fastest. In such cases, the concept of velocity is helpful, which we shall be discussing in this article.

The meaning of velocity of an object can be defined as the rate of change of the object’s position with respect to a frame of reference and time. It might sound complicated but velocity is basically speeding in a specific direction. It is a vector quantity, which means we need both magnitude (speed) and direction to define velocity. The SI unit of it is meter per second (ms-1). If there is a change in magnitude or the direction in the velocity of a body the body is said to be accelerating.

Initial velocity describes how fast an object travels when gravity first applies force on the object. On the other hand, the final velocity is a vector quantity that measures the speed and direction of a moving body after it has reached its maximum acceleration.

How to find the final velocity?

Finding the final velocity is simple with a few calculations and basic conceptual knowledge.

The motion with constant velocity is the simplest form of motion. We witness constant motion whenever an object slides over a horizontal, low friction surface (when a puck slides over a hockey rink.) 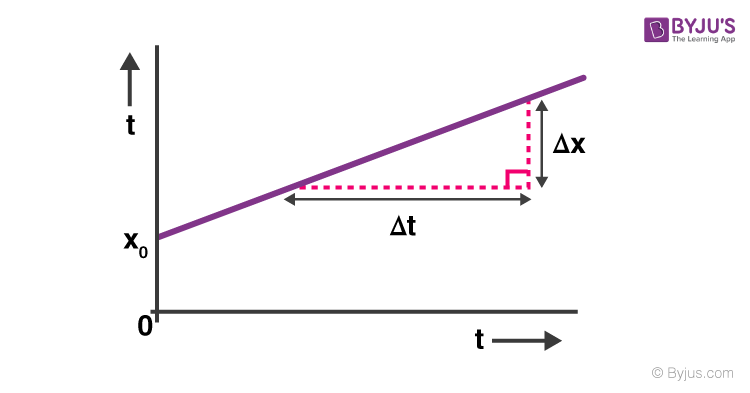 The above graph is a graph of displacement versus time for a body moving with constant velocity. The straight line in the graph can be algebraically represented as follows:
\(x=x_0+vt\) In the equation, x0 is the displacement at time t, v is the constant velocity of the body \(v=\frac{dx}{dt}\).

The SI unit of velocity is m/s (m⋅s−1). Other units and dimensions of velocity are given in the table below.

To understand the concept of instantaneous velocity and average velocity, let’s take this example. Jewel goes to school in her dad’s car every morning. Her school is 8 km from her home, and she takes 15 mins to travel, but when she looks at the speedometer on the dashboard of the car, it shows a different reading all the time. So, now how would she know her velocity? 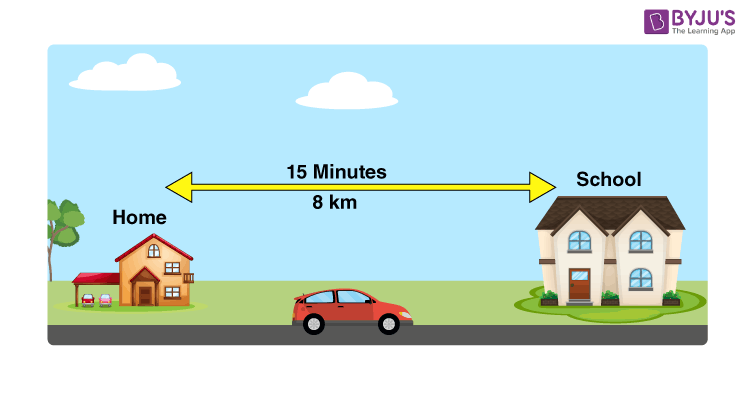 Well, the average velocity of Jewel’s car could be found by:

For convenience, we have considered the car to move in a straight line, and we will convert all the units of time to hours. Therefore, 15 mins = 1560 = 0.25 hours.

Difference between Speed and Velocity

The detailed comparison in the tabular format is given below.

Let’s summarize what we have learned:

Can vector quantities be added algebraically?

Give a general equation of velocity for a particle moving with velocity v such that \(\underset{v}{\rightarrow} = k(y\hat{i}+x\hat{j})\) where k is constant.

What is instantaneous speed?

Instantaneous speed is defined as the speed of an object at a specific moment of time.

What happens to the velocity and acceleration when a ball is thrown in the air?

Velocity and acceleration both increase when the ball is thrown in the air.

What is the purpose of the velocity-time graph?

The Velocity-time graph is used for explaining the constant acceleration of an object.

Test your Knowledge on Velocity
Q5