Difference Between Purines and Pyrimidines 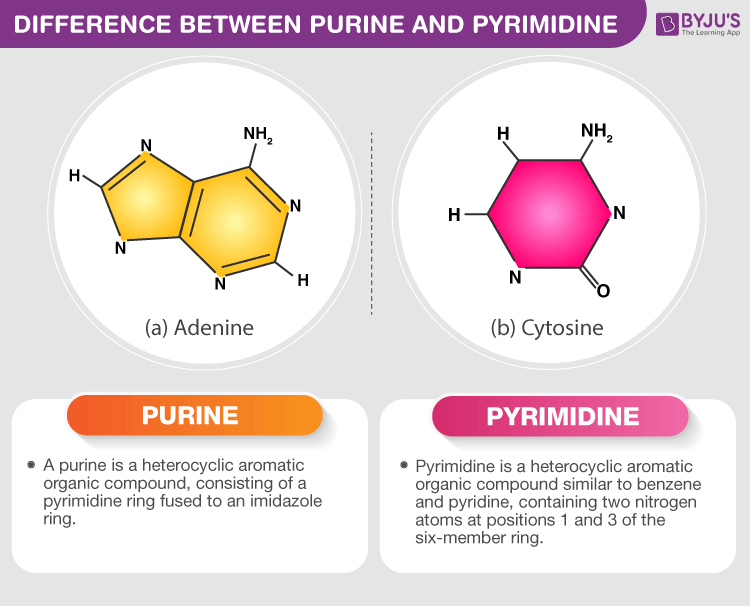 Purines and pyrimidines are both organic compounds that take part in the synthesis of DNA and RNA, therefore they are called as the building blocks of the genetic material – DNA and RNA. They are nitrogenous bases that make up the two different nucleotides in DNA and RNA.

Given below in a tabular column are the differences between Purines and Pyrimidines.

Both purine and pyrimidine have same functions. They are vital for the production of DNA and RNA, starch and proteins. They also serve as a form of energy for cells. They regulate enzymes and are necessary for cell signalling.