Palaemon is a genus of shrimp that is found in rivers, lakes and ponds. They are small aquatic crustaceans that have an exoskeleton and ten legs. Because they have ten legs, they belong to the order Decapoda.

Below is a well-labelled diagram of the species Palaemon. Read on to find its classification and basic morphological characteristics. 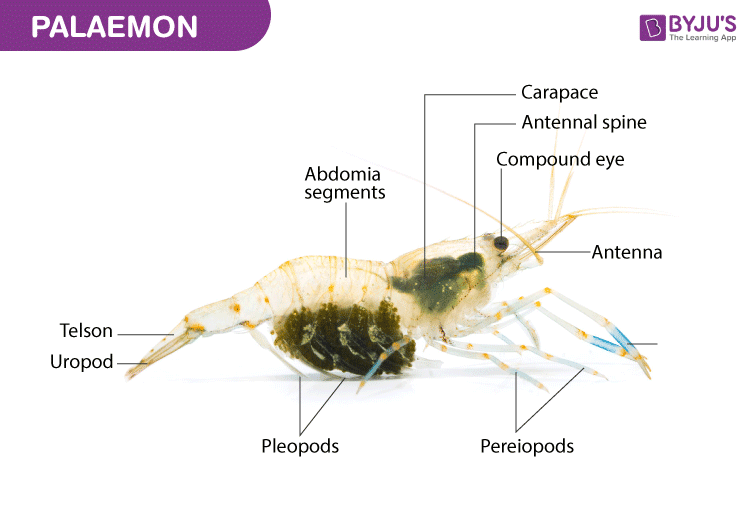