Protozoans are eukaryotic, unicellular, heterotrophic organisms that can be either parasites or free-living. They exhibit an enormous range of morphologies and lack cell walls, for example, Entamoeba, Plasmodium, Paramecium, etc.

Protozoa are not easily defined as they are diverse and often only distantly related to each other. Because of their extreme diversity, the only feature common to all protozoans is that they are unicellular eukaryotic organisms. Thus they have eukaryotic membrane-bound cell organelles that can exhibit various tasks.

Many important human and animal diseases are caused by protozoans. In addition to being known as parasites, some protozoa are considered opportunistic pathogens that primarily affect immunocompromised individuals.

Parasitic protozoans exhibit complex life cycles with various morphological forms involving multiple hosts and vectors. Under favourable conditions, many of them exist in a dynamic feeding and growing form called the trophozoite. Under unfavourable conditions, the trophozoite can convert into a dormant cyst and survive the harsh conditions. These protozoan forms multiply and infect the blood or tissues of humans and induce sickness.

It is a mosquito-borne protozoan infectious disease that affects both animals and humans. The causative protozoan is Plasmodium, and it is spread by Anopheles mosquitoes. The symptoms usually include tiredness, vomiting, fever and headaches. The common species that cause this disease are – Plasmodium falciparum, P. ovale, P.vivax, P. malariae and P.knowlesi.

Parasitic protozoans are considerably large in number, and thus the number of organisms they affect is also higher. These protozoans can cause significant morbidity and mortality in domestic animals and thus provokes a substantial economic loss. Some protozoan animal diseases that have a considerable economic impact are –

Prevention and Control of Protozoan Diseases

Parasitic protozoans are considerably much larger and more complex pathogens than viruses or bacteria. They use various mechanisms to evade the host immune system. It is difficult to develop vaccines for such protozoan diseases. Thus preventing protozoan infection is an easier option than treating them.

Protozoans often use antigenic variations to escape the immune response of the host. Also, they are difficult to culture in vitro, and thus mass production of successful vaccines seems a major task. At present, usage of drugs, controlling vectors and improving sanitation in combination have led to the control of most protozoan diseases in humans as well as domestic animals.

What are some water-borne protozoan diseases?

Amoebiasis is a classic example of water-borne protozoan infection. The other diseases are cryptosporidiosis, giardiasis, naegleriasis and cyclosporiasis. Untreated water and sewage contamination are the major causes of such infections. Most common symptoms of water-borne infections are vomiting, abdominal discomfort and diarrhoea.

Any inflammation in the brain is termed encephalitis. The symptoms include fever, vomiting, headache and confusion. It can be caused due to any agent such as protozoans, viruses, bacteria and fungi. Certain protozoan infections like malaria, naegleriasis and toxoplasmosis can also result in encephalitis.

What are some protozoan diseases in plants?

What are fungal and bacterial diseases?

Fungi are microbes that have chitin in their cell walls, while protozoans lack a proper cell wall. Examples of fungal infections are – athlete’s foot, candidiasis, ringworm, etc. Bacterias are also tiny microbes that cause diseases like cholera, gonorrhoea, tuberculosis, diphtheria, etc. They can also be transmitted through vectors, contaminated water, air and body fluids. 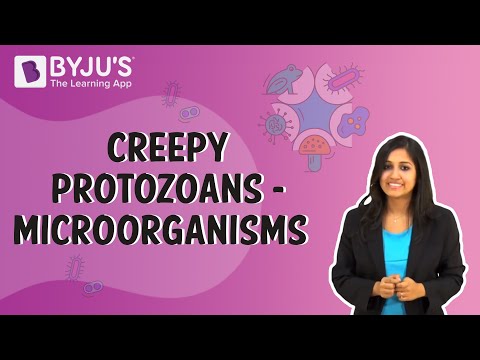