There are various diseases that are caused by bacteria in humans. Some of the common bacterial diseases in humans are tuberculosis, pneumonia, typhoid, tetanus, etc. Bacteria that cause various diseases in humans are known as pathogenic bacteria. We are able to sustain the growth of many bacteria due to the innate immunity provided by the body’s defence system. Bacteria that cause diseases are able to invade the body tissues and fluid by surpassing the natural defence mechanisms of the body. Bacteria can either damage cells directly, release toxins, affect cellular functions or can initiate an immune response, which can damage the cells.

Bacteria are present everywhere, they are an important part of the ecosystem and help in maintaining a sustainable environment. There are less than a hundred species of bacteria that are known to cause diseases in humans.

What are Bacterial Diseases?

Bacterial diseases are diseases caused by bacteria. There are a number of bacteria found in the human body. A variety of these do not cause any infections and are known as “good bacteria”. The bacteria that cause diseases in humans are called “harmful bacteria”. There are thousands of bacteria present in the gut that are beneficial for humans. The pathogenic bacteria in humans account for less than a hundred species.

Read on to explore the bacterial diseases in humans caused by the harmful bacteria along with the causes and symptoms. 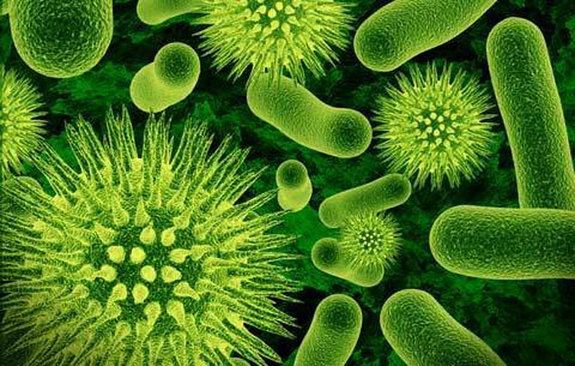 There are a variety of bacteria that cause diseases in humans. These include:

Bacteria can either directly affect the host cell or can cause a heightened immune response that damages the cells. Humans that have weak immunity are more susceptible to bacterial infections. Bacteria cause damage by following mechanisms:

Following are the major symptoms of bacterial diseases:

Treatment of Bacterial Diseases in Humans

Bacterial infections can be treated by the use of antibiotics. Bacteriocidal medicines kill bacteria, whereas bacteriostatic medicines inhibit the further growth of bacteria. Bacteriophages are also used to treat certain bacterial infections. It is known as phage therapy.