If the context in which information is produced changes with time, what about language and meanings? Historical records exist in a variety of languages, which have changed considerably over the years. Medieval Persian, for example, is different from modern Persian. The difference is not just with regard to grammar and vocabulary; the meanings of words also change over time. Chapter 1 of CBSE Class 7 History traces these changes through a thousand years. Students can revise the concepts by reading up CBSE Notes Class 7 History Chapter 1-Tracing Changes Through a Thousand Years.

As you have seen meanings of words change over time. Term “Hindustan”, is known as “India,” the modern nation-state today. The term was first used in the 13th century by Minhaj-i-Siraj, a chronicler who wrote in Persian and contains the areas of Punjab, Haryana and the lands between the Ganga and Yamuna. The term was used in a political sense for lands that were a part of the dominions of the Delhi Sultan. Areas included in this term shifted with the extent of the Sultanate, but it never included South India. In early 16th century, Babur used Hindustan to describe the geography, the fauna and the culture of the inhabitants of the subcontinent, same as how 14th-century poet Amir Khusrau used the word “Hind”. Even if the idea of a geographical and cultural entity like “India” did exist, the term “Hindustan” did not carry the political and national meanings associated with it today.

A simple term like “foreigner” is used today to mean someone who is not an Indian. In the medieval period, a “foreigner” was any stranger who appeared in a given village, someone who was not a part of that society or culture. (In Hindi the term pardesi might be used to describe such a person and in Persian, ajnabi.) A city-dweller might regard a forest-dweller as a “foreigner”, but two peasants living in the same village are not foreigners to each other, even if they have different religious or caste backgrounds.

Historians and their Sources

Historians use different types of sources to learn about the past based on their period of study and nature of the investigation. Coins, inscriptions, architecture and textual records will provide information. The number and variety of textual records increased dramatically during this period, slowly displacing other types of available information. Paper gradually became cheaper and more widely available. It is used to write holy texts, chronicles of rulers, letters and teachings of saints, petitions and judicial records, and for registers of accounts and taxes. Manuscripts collected by wealthy people, rulers, monasteries and temples and placed in libraries and archives provide a lot of detailed information to historians but are also difficult to use. No printing press so scribes had to copy the manuscripts by hand and they made slight changes while doing so. These changes over the centuries grew thus making manuscripts of the same text different from each other. Hence, to find the manuscript by the original author became difficult and have to depend on copies by scribes. So, to comprehend the full information we have to read varied manuscripts of the same text to know what was originally written.

Authors also revised their chronicles at various times. 14th-century chronicler Ziyauddin Barani wrote his chronicle first in 1356 and another version two years later. But historians did not know about the existence of the first version until the 1960s as it remained lost in large library collections.

The study of the 1000 years spanning 700 and 1750 is a challenge. The scales and variety of developments that occurred over the period are huge. At different moments in this period, new technologies made their appearances – like the Persian wheel in irrigation, the spinning wheel in weaving, and firearms in combat. New foods and beverages arrived in the subcontinent – potatoes, corn, chillies, tea and coffee. All these new technologies and crops – came along with people, who brought other ideas with them as well, thus resulting in a period of economic, political, social and cultural changes.

It was also a period of great mobility, as groups of people travelled long distances in search of opportunity. Subcontinent held immense wealth and the possibilities for people to carve a fortune. Rajputs name derived from “Rajaputra, the son of a ruler became quite popular during this period. Between 8th and 14th centuries the term was used generally to refer to a group of warriors claiming Kshatriya Status

Between the 8th and 14th centuries, the term was given for a group of warriors, claiming Kshatriya caste status, including not just rulers and chieftains but also soldiers and commanders who served in the armies of different monarchs all over the subcontinent. Extreme valour and a great sense of loyalty are the qualities attributed to Rajputs by poets and bards. Marathas, Sikhs, Jats, Ahoms and Kayasthas (a caste of scribes and secretaries) also used opportunities of the age to become politically important.

Many forest-dwellers migrated during this period due to change in habitat. There was a gradual clearing of forests and the extension of agriculture, faster and more complete in some areas than in others. Those who remained started to till their lands and became peasants, who were later influenced by regional markets, chieftains, priests, monasteries and temples. This led them to be part of large, complex societies paying taxes and offering goods and services to local lords. This resulted in major economic and social differences amongst peasants. Some had more productive land while others kept cattle, and some combined artisanal work with agricultural activity during the lean season. With the change in society, people grouped into jatis or sub-castes and were ranked on the basis of their backgrounds and their occupations. These ranks, however, were not permanent and changed with power, influence and resources controlled by the jati. Status of the same jati also varied from area to area. Rules and Regulations to manage the conduct of members were framed by Jatis and enforced by an assembly of elders, which also came to be known as jati panchayat in some areas. However, jatis also had to follow the rules of the villages. Several villages were governed by a chieftain.

Large states like those of the Cholas, Tughluqs or Mughals encompassed many regions. A Sanskrit prashasti praising the Delhi Sultan Ghiyasuddin Balban (1266-1287) states he ruled over a vast empire stretching from Bengal (Gauda) in the east to Ghazni (Gajjana) in Afghanistan in the west and included all of south India (Dravida). People of different regions – Gauda, Andhra, Kerala, Karnataka, Maharashtra and Gujarat – apparently fled before his armies. Historians, however, consider these as exaggerated claims of conquests.

By 700 many regions already possessed distinct geographical dimensions and their own language and cultural characteristics and were also associated with specific ruling dynasties. Considerable conflict arose between these states. Occasionally dynasties like the Cholas, Khaljis, Tughluqs and Mughals build an empire that was pan-regional – spanning diverse regions. Not all these empires were equally stable or successful. Mughal Empire declined in the 18th century, leading to the re-emergence of regional states. However, years of imperial, pan-regional rule altered the character of the regions. Across most of the subcontinent, regions were left with legacies of the big and small states that had ruled over them as was apparent in the emergence of many distinct and shared traditions: in the realms of governance, the management of the economy, elite cultures, and language. Through the thousand years between 700 and 1750, the character of the different regions did not grow in isolation. These regions felt the impact of larger pan-regional forces of integration without ever quite losing their distinctiveness.

To Know About Maharashtra In The 17th Century CE, Watch The Below Video: 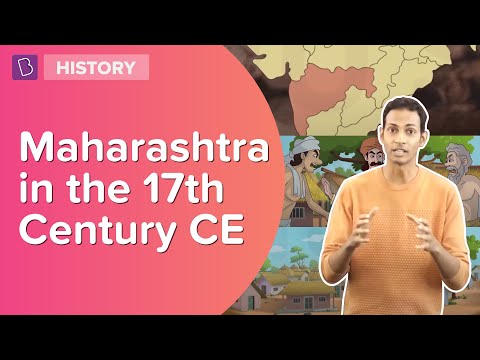 These 1000 years witnessed major developments in religious traditions. Collective belief in a supernatural agency – religion – was often closely connected with the social and economic organisation of local communities. As the social worlds of these groups altered, so too did their beliefs. Important changes occurred in Hinduism including the worship of new deities, the construction of temples by royalty and the growing importance of Brahmanas, the priests, as dominant groups in society. Brahmanas earned respect in the society for their knowledge of Sanskrit texts and their dominant position was consolidated by the support of their patrons– new rulers searching for prestige. Another major development of this period was the emergence of the idea of bhakti – of a loving, personal deity that devotees could reach without the aid of priests or elaborate rituals. New religions appeared in the subcontinent. Merchants and migrants first brought the teachings of the Holy Quran to India in the 7th century. Many rulers were patrons of Islam and the ulama – learned theologians and jurists. And like Hinduism, Islam was interpreted in a variety of ways by its followers. There were the Shia Muslims who believed that the Prophet Muhammad’s son-in-law, Ali, was the legitimate leader of the Muslim community, and the Sunni Muslims who accepted the authority of the early leaders (Khalifas) of the community, and the succeeding Khalifas. There were other important differences between the various schools of law (Hanafi and Shafi’i mainly in India), and in theology and mystic traditions.

Thinking about Time and Historical Periods

As per historians, time is not just a passing of hours, days or years-as a clock or a calendar, it also reflects changes in social and economic organisation, in the persistence and transformation of ideas and beliefs. Study of time made it easier to divide the past into periods-that possess shared characteristics. In the middle of the 19th century, British Historians divided the history of India into 3 periods: “Hindu”, “Muslim” and “British,” based on the idea that the religion of rulers was the only significant historical change and there was no other developments in the economy, society or culture. It also ignored the rich diversity of the sub-continent. Only a few historians follow this periodisation today. Others consider the economic and social factors to characterise the major elements of the various moments of the past. The histories you learn is known as medieval, learning more about the spread of peasant societies, the rise of regional and imperial state formations – sometimes at the cost of pastoral and forest people – the development of Hinduism and Islam as major religions and the arrival of European trading companies.

1000 years of Indian History witnessed a considerable change. Hence, describing the entire period as one historical unit has its issues. The medieval period is often contrasted with the modern period. Modernity carries with it a sense of material progress and intellectual advancement, suggesting that the medieval period probably lacks any change whatsoever. However, that is not so. Over the 1000 years, societies of the subcontinent were transformed and economies in several regions reached a level of prosperity that attracted the interest of European trading companies.

For More Information On History of Ancient India 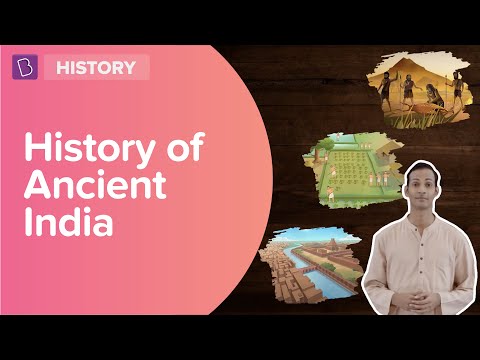 Meanwhile, these CBSE Notes For Class 7 History Chapter 1 are the best resources for the students to revise for the exam. Students can just access them from this article and start preparing for the exams. Stay tuned and get information about more study resources such as CBSE Syllabus, Textbooks, CBSE Class 7 Sample Papers and more.

What defines a ‘Historian’?

A historian is a person who studies and writes about the past and is regarded as an authority on it.

What is the history of ‘Maharastra’?

Maharashtra first appeared in the 7th century. In the early modern period, the region of Maharashtra came under the rule of several Islamic dynasties, including the Deccan Sultanates and Mughal Empire.

Who is a ‘Chieftain’?

The leader of a tribe or a clan is known as a ‘Chieftain’.